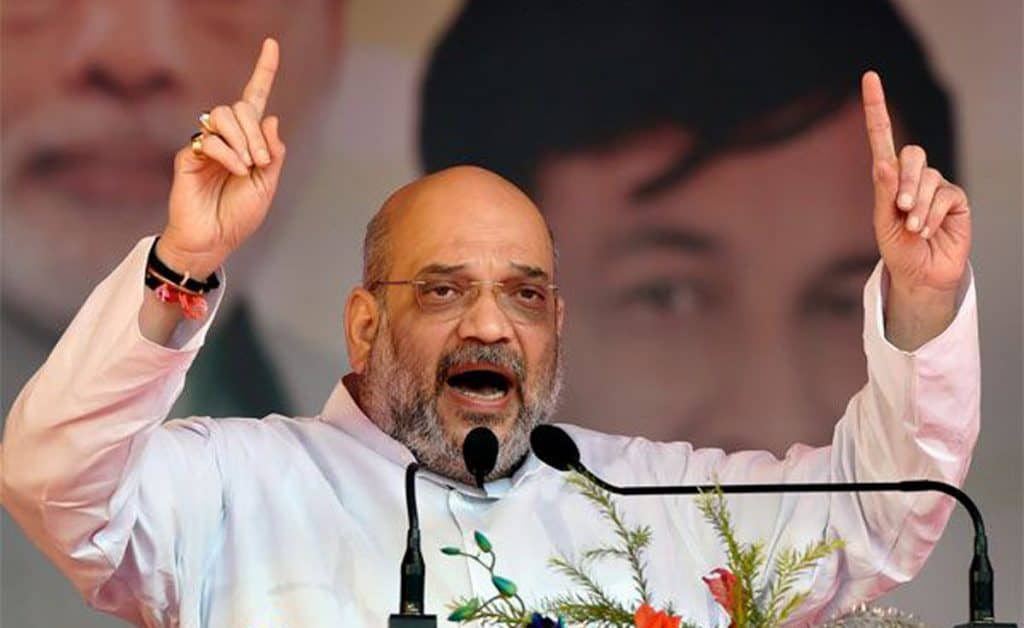 Union home Minister Amit Shah has called a meeting on November 29 to discuss with the civil society and political parties the proposed draft Citizenship Amendment Bill (CAB), which has been a bone of contention with the opposition parties and some northeastern states.

The CAB intends to make it easier for the non-Muslim immigrants from India’s three Muslim-majority neighbours — Pakistan, Bangladesh and Afghanistan to become citizens of India. Though the Bill doesn’t spell it out clearly, but the fact is it entitles the Hindus, Sikhs, Buddhists, Jains, Parsis and Christians, facing religious persecution in the three nations, to seek Indian citizenship and highlights the exclusion of Muslims.

This amendment is to The Citizenship Act, 1955 which requires the applicant to have resided in India for 11 of the previous 14 years. The amendment seeks to relax this requirement from 11 years to 6 years for Hindus, Sikhs, Buddhists, Jains, Parsis and Christians from the three nations.

But the bone of contention remains not only with the opposition parties which have said they will oppose it once it is put to vote, but many northeastern states fear that the Bangladeshi immigrants will be settled in their areas, which they think is a threat to their ethnic identity.

In the run up to the 2019 general elections, almost the entire northeast, mostly ruled by the BJP or the NDA, had registered their protest.

But as a revamped bill is all set to be re-introduced by the Modi government, there are provisions that are said to be included to “protect” the indigenous people of the northeast.

Manipur chief minister Biren Singh had said during a media interaction in October that “we trust and have confidence that central leaders will be there to protect the indigenous people of the northeastern region”.