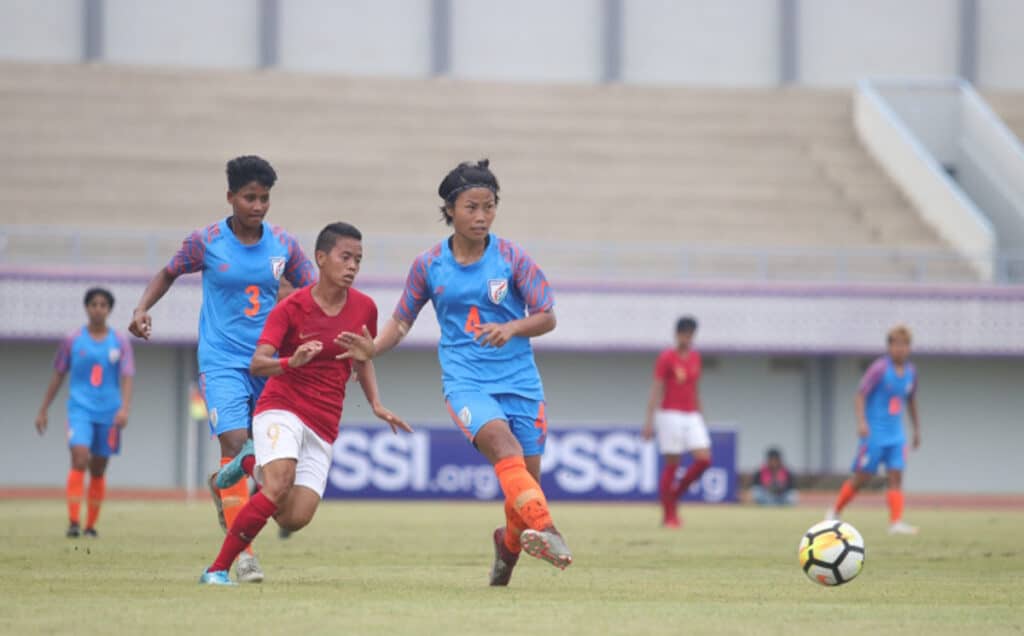 Senior Women’s Indian National Team captain Ashalata Devi has been nominated for the Asian Football Confederation (AFC) Player of the Year (Women) award while the All India Football Federation (AIFF) is one of three federations named as nominees for AFC President Recognition Awards for Grassroots Football (Developing).

Manipur-born footballer Ashalata, who has been named alongside China’s Li Ying and Japan’s Saki Kumagai, expressed her delight at the nomination, saying it is a “dream come true”.

“This really is like a dream come true for me. You never really think of these milestones when you are growing up but I am very happy that the hard work that I have put in over the years has got recognition on the continental level,” Ashalata told AIFF website after the announcement.

The centre-back added, “I would like to thank our coaches Maymol Rocky and Chaoba Devi for giving me the right guidance and motivation over the years. Also, the credit goes to my amazing teammates. It is an absolute privilege to lead them out onto the pitch every single match.”

Head coach Maymol Rocky praised Ashalata on this honour, saying, “She really deserves this and it is a testament to the hard work put in by her over the years. I am really happy for her and for the whole team as well, who have been highlighted at continental level with this nomination.”

India, along with Singapore and Hong Kong, has been nominated for the AFC President Recognition Awards for Grassroots Football (Developing) this year, having won the award previously in 2014 as well.

The nomination coincides with the launch of the Golden Baby Leagues earlier this year, which will lay emphasis on young children between age group of under-6 to under-12 as they form the golden age for learning – both for girls and boys.

It has already started making waves across the country – and is aimed at enabling a smoother transition for young kids who aim to make it big and popularize the sport across India.

The final award ceremony will be held at the Hong Kong Convention and Exhibition Centre on December 2.