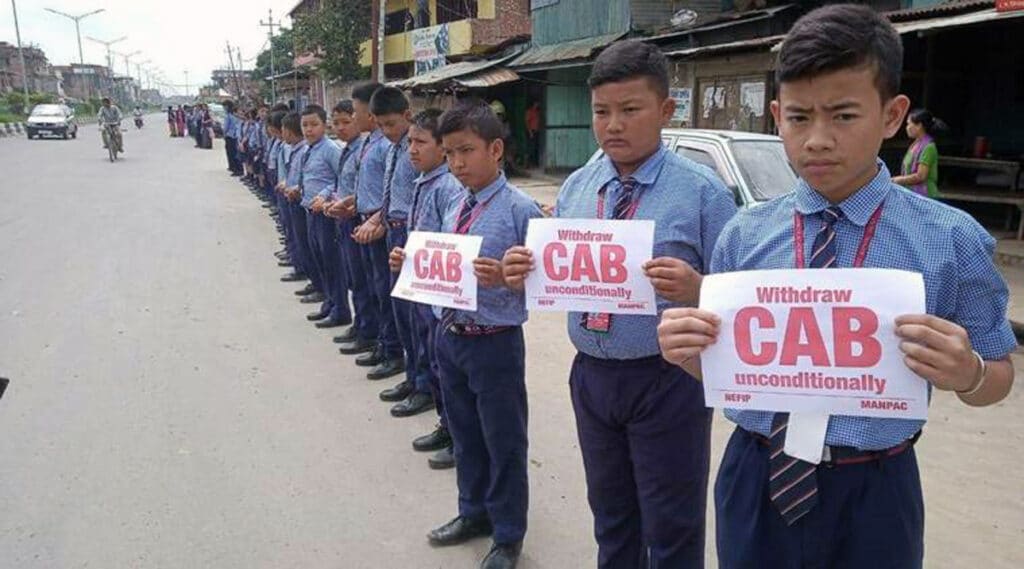 Life in Manipur continued to be disturbed and tense as the central government announced early settlement to the militancy problems of Nagaland and possible introduction of the controversial Citizenship Amendment Bill (CAB) in the ongoing Parliament session.

Congress workers went on a hunger strike demanding revelation of the details of the Framework Agreement reached between the government of India and the NSCN (IM). Congress MLAs led by CLP leader O Ibobi were also carrying out a campaign in the national capital and briefing about the fallouts of the truce with Naga militant as the NSCN (IM) was demanding huge chunk of land of Manipur, Assam, Arunachal Pradesh and neighbouring country Myanmar.

The Congress workers said they will continue the hunger strike until the government reveals the details of the agreement. They further said the Congress is totally against CAB as it is unconstitutional and Manipur and other Northeast states will undergo a huge demographic change if the bill is passed.

Manipur People Against Citizenship Amendment Bill (MANPAC) on November 18 organised mass sit-in protest at Khwairamband Keithel, the main market of the state. All business establishments were closed due to the protest.

MANPAC has imposed 18-hour total shutdown from midnight of November 18 till 1800 hrs of November 19. Convener of MANPAC, Yumnamcha Dilipkumar said the central government is bent on passing such a law which is opposed by the people of Northeast states.

“The bill will be the biggest mistake committed by the Centre towards the people of the region,” it added. The bill threatens the existence and interest of the indigenous people and indigenous populace will be wiped out completely, a statement said.

Meanwhile, the North East Students’ Organisation (NESO) has submitted a memorandum to the Prime Minister informing that all the students’ bodies of the region oppose the CAB.