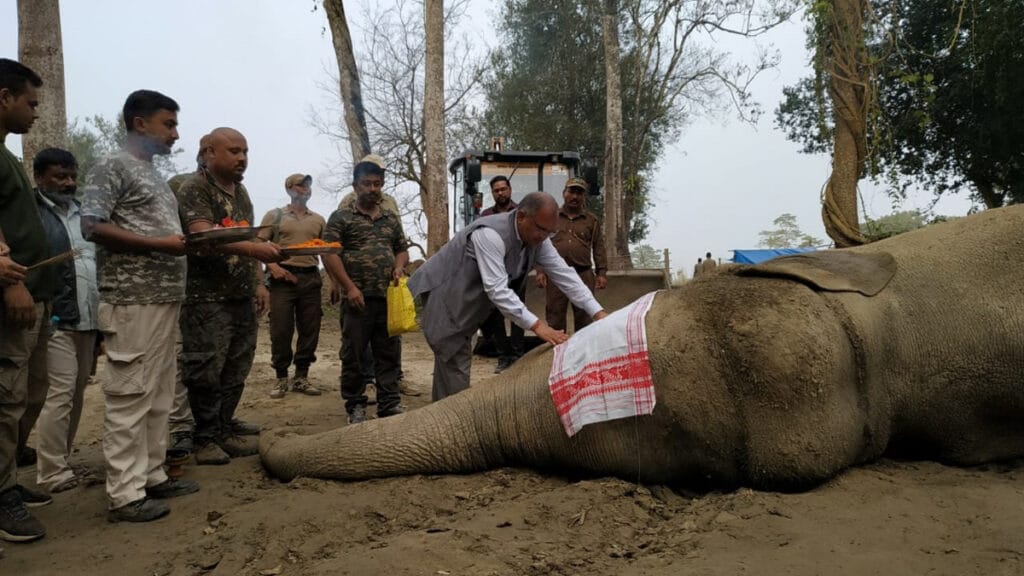 A fully-grown wild elephant, named Laden, which was captured by a forest department team led by an Assam BJP MLA recently, died at Orang National Park on Sunday.

The wild elephant allegedly killed at least five people within 72 hours at different places in Goalpara district and was captured after tranquilizing by a team of Assam forest department led by Assam BJP MLA Padma Hazarika with the help of drones on November 11 and was brought to the national park.

The rogue elephant was renamed as Krishna “as it was captured on Raas Purnima”.

On the other hand, a senior official of Orang National Park said that, the elephant was doing fine till Saturday but the keepers found him dead on Sunday morning.

“The cause of death will only be known after a post-mortem is done,” the senior forest official had said.

On the other hand, animal lovers in the state alleged that, the wild elephant died due to negligence of the state forest department.

Wildlife activist Dilip Nath said that, “It happened only because of the negligence of the forest department.”

According to Assam government statistics, over 700 people and 250 elephants have lost their lives in man-elephant conflicts in Assam since 2010.