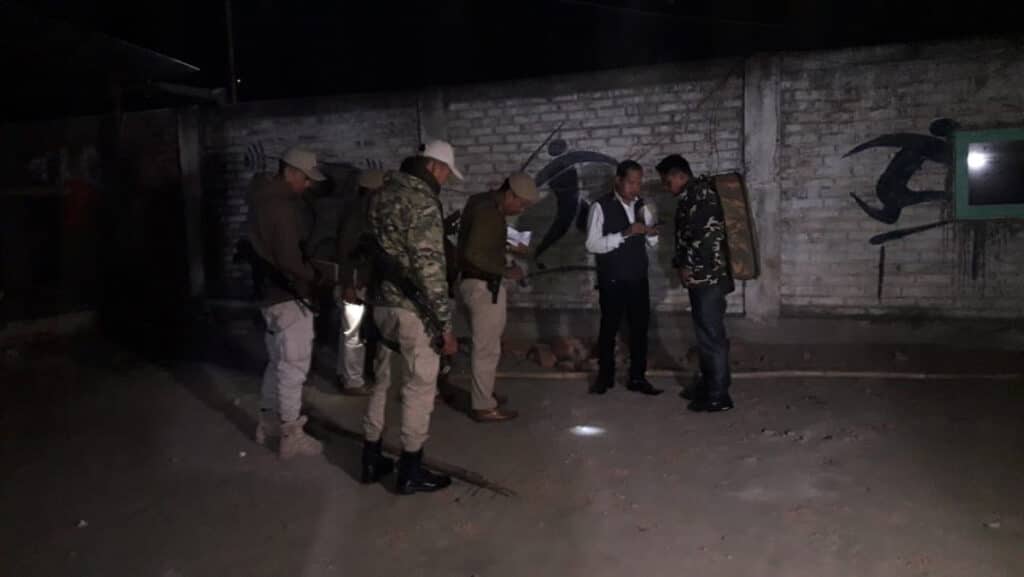 At least two CRPF jawan were injured in a blast near Manipur Assembly complex in Imphal on Friday evening at around 5:15 pm.

The blast occurred near Lilasing Khongnangkhong in Imphal, near the Assembly Complex.

Two CRPF jawan who were patrolling the area were injured in the blast.

Following the blast, top officials of Manipur police and other security agencies rushed to the spot and cordoned off the area.

The injured persons were identified as Head Constable GC Rabha and Constable Yadav Munna. They were rushed to Regional Institute of Medical Sciences (RIMS) hospital, Imphal.

Police suspect that, militants had lobbed a grenade targeting the security personnel.

Earlier, five police personnel and one civilian were injured in a bomb blast that took place at Thangal Bazar area of Imphal on November 5.