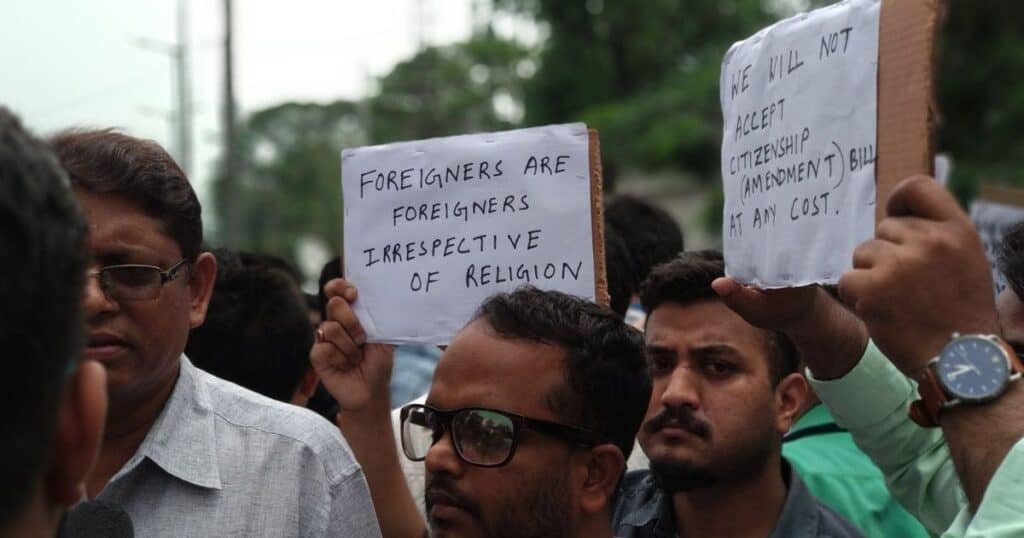 Normal life was affected for the third consecutive day on December 10 due to various forms of protests against Citizenship Amendment Bill (CAB) which was passed by Lok Sabha on Monday.

All Manipur Students’ Union (AMSU) imposed strike in the state to support the strike called by NESO all over the Northeast states on December 10. Educational institutes, business establishments, oil depots, banks were closed down. Streets were deserted and people remained indoors to protest CAB.

Government offices were also closed down as Manipur government declared holiday to “celebrate the declaration of enforcement of Inner Line Permit (ILP) in Manipur by Union Home Minister Amit Shah” during a discussion in Lok Sabha on Monday.

Chief Minister N Biren Singh said that people should thank the central government led by Prime Minister Narendra Modi and Home Minister Amit Shah for their concerns for the state.