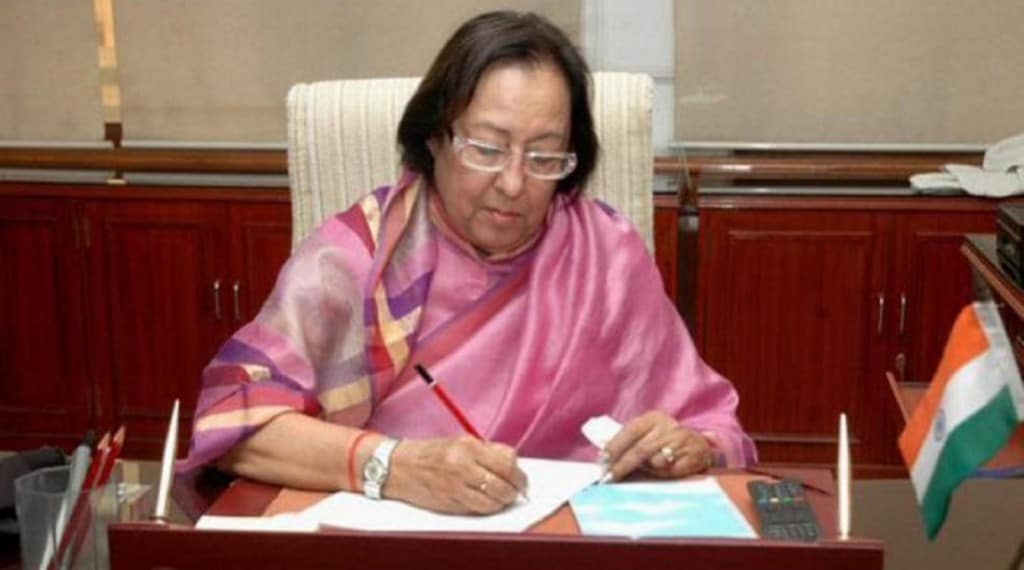 Manipur Governor Najma Heptulla on December 5 said the changing security scenario in Northeast is attributed to sustained and coordinated effort of the security forces on ground and the policies of the government.

Addressing a seminar on ‘changing security paradigm in northeast – implications and imperatives’ organized by Assam Rifles at City Convention centre in Imphal, she said the security policy should now ideally transition from combating active insurgency to combating the after effects of insurgency.

While the seven states are indeed collectively referred together as the Northeast, there is substantial diversity within the region even as far as political and socio-economic issues are concerned, both historically and in contemporary times, the governor said.

“We are witnessing disturbing social harmony, robbing of peace of the society even on trivial matters or disputes, violence – both localized and even widespread on account of communal differences and so on. Loot, extortion, arson, destruction of properties, subversive activities committed by various unknown miscreants and loss of human lives are well-known consequences of such happenings. Peace loving citizens of the society not only feel concerned about it, but are also worried,” the governor said.

Trends and statistics of last decade clearly illustrate that the armed insurgency around the entire region of Northeast has been gradually waning on a scale of intensity. This apparent shift in the regional security policy of North East has been largely defined or modelled along anti-insurgency, she said.

Till few years back, insurgency used to be the core theme of this security policy. There is a more liberal approach to security with greater focus on peace, development and cooperative security with an aim to achieve stability at regional, national as well as global levels, Heptulla said.

There is thus a new salience and awareness of the comprehensive nature of security. This includes in its ambit the traditional defence-related threats but no less importantly, challenges in societal, political, economic, technological and environmental dimensions as well, she said.