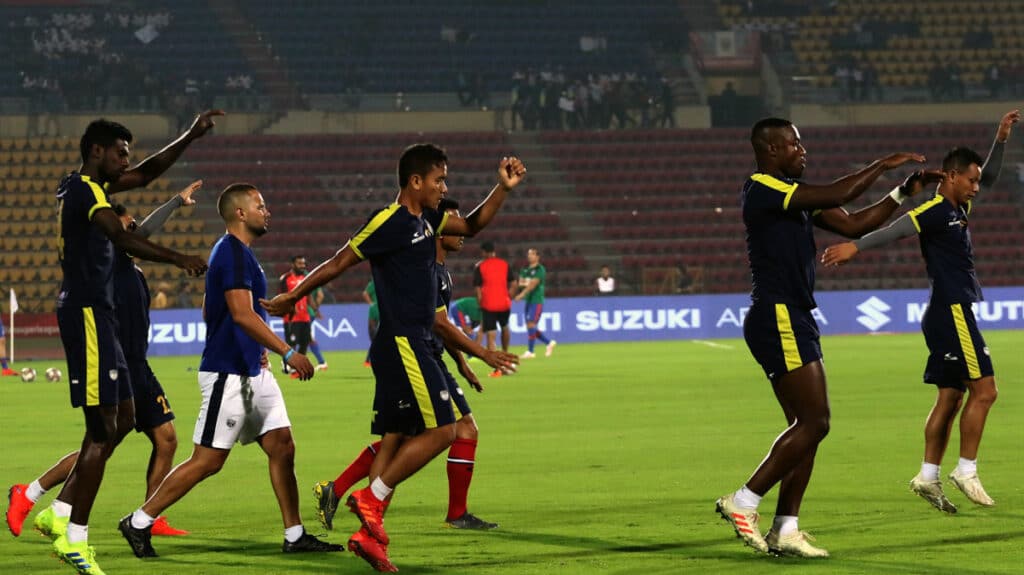 NorthEast United FC play hosts to Bengaluru FC at the Indira Gandhi Athletic Stadium in Guwahati on Wednesday, as both sides look to gain their momentum back in the league.

NorthEast United FC are coming into this game off a 3-0 loss to ATK at home and are now winless in three matches. Not only was it their first defeat of the season, but they also lost their star striker Asamoah Gyan to injury in that game.

“It was very bad for us. That was the worst match we played. We never played so badly before. We have to forget that day and continue working hard,” NorthEast United coach Robert Jarni said.

The Highlanders will again be without the prolific Ghanaian on Wednesday against Bengaluru. Gyan, who has three goals to his name, has been crucial to NorthEast United setup so far. Without the former Premier League star, their attacking threat goes down a few notches and the other forwards will have their task cut out against a formidable Bengaluru defence which has conceded the least in the league.

However, Jarni would have had some time to formulate a plan of attack without Gyan, given that NorthEast United have had a 10-day break after their last game, owing to the postponement of their home tie against Chennaiyin FC.

NorthEast’s defence has not been in great form of late, conceding six goals in three matches. The defence, led by Kai Heerings, need to step up to the task.

“The game is difficult. We know that Bengaluru is one of the best teams in India but we saw that the game was open in Bengaluru. We had the possibility to win and the same for tomorrow, so who knows what will happen tomorrow (Wednesday),” said Jarni.

Bengaluru FC come into this game after seeing their unbeaten start to the season come to an end against Mumbai City FC who won 3-2, thanks to an injury-time goal from Rowllin Borges.

However, despite the three goals they shipped on Sunday, Bengaluru have conceded only five goals so far this season and are the best defensive unit in the ISL by far.

It is the attack that should worry Carles Cuadrat though. Apart from Sunil Chhetri, none of the attackers seems to be in form. Ashique Kuruniyan is yet to open his account for the season and has put in some below-par performances so far.

ALSO READ:  Its been a great journey, with lot of ups and downs: Dwayne Bravo on his IPL retirement

“Last year we were champions but we lost an important player (Miku). We have been unlucky about the situation now. Ashique is with 0 assists and 0 goals and Udanta only one goal. So, of course, we have problems that way but at the same time we work in a way where they help us defensively,” explained Cuadrat.

In their 4 away matches so far, Bengaluru have scored just three goals and their shot accuracy and conversion rates have been disappointing. They are also struggling to score from open play. Four of their last five goals have come from set-pieces.

NorthEast have beaten Bengaluru just once in seven meetings between the two and the visitors will look to further improve that record. The two sides played out a goalless draw last time in the opening week of the current season.

Bengaluru will hope to score some goals in Guwahati this time around with the game kicking off at an earlier time of 6 pm.