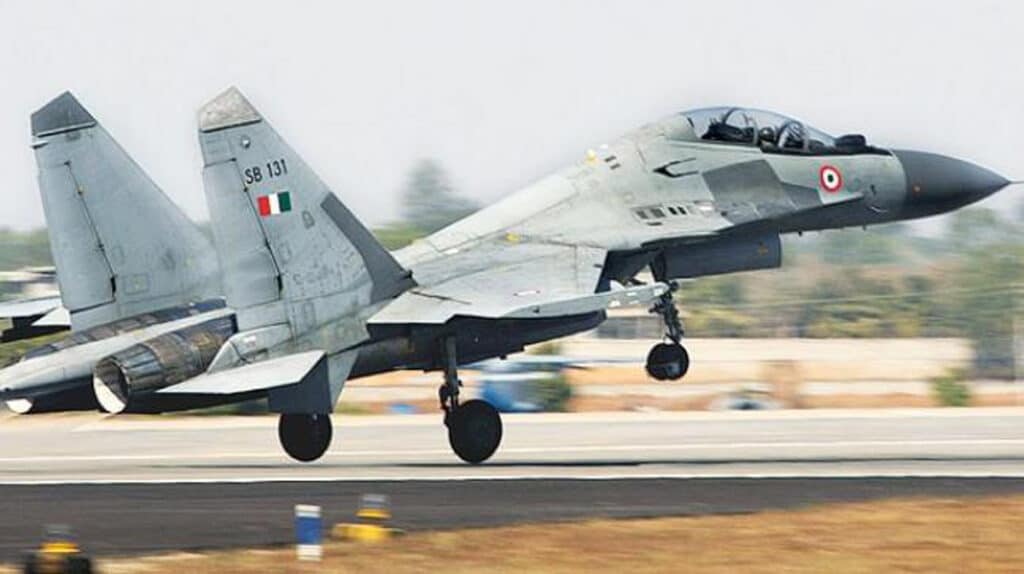 In a spectacular display in the sky of Naga Heritage Village Kisama during the inauguration of Nagaland Hornbill Festival, three Sukhoi fighter aircraft of the Indian Air Force attracted the visitors.

Nagaland government on November 30 informed the visit of the Sukhoi fighter aircraft of the Indian Air Force and advised the people not to panic on the thundering sound of Sukhoi aircrafts.