Article 371 will not be removed, says Amit Shah in Arunachal 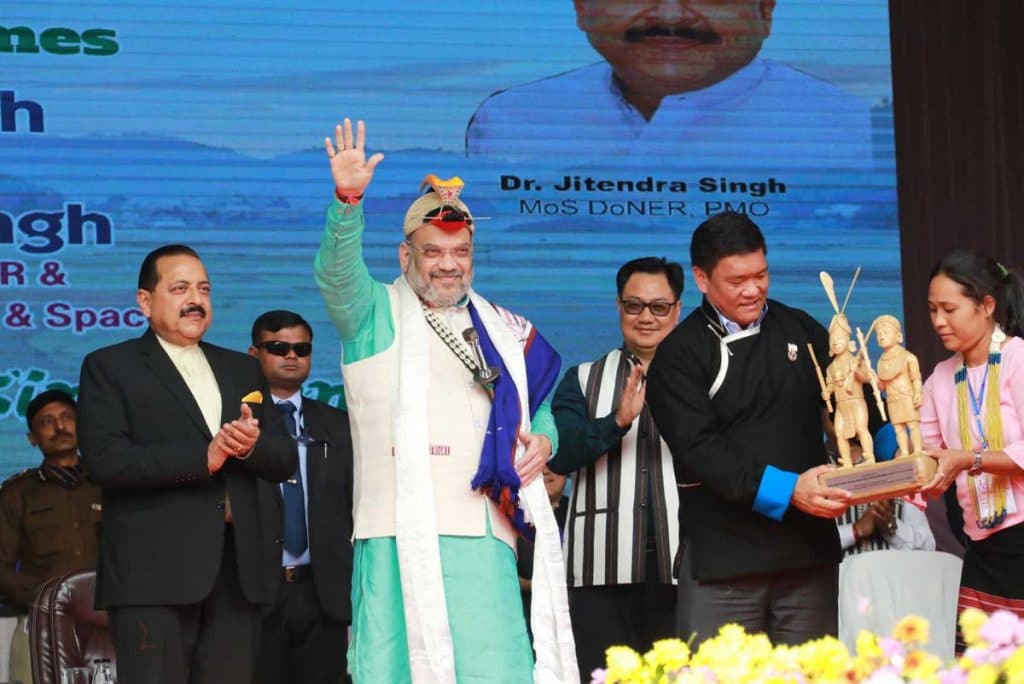 Union Home Minister Amit Shah on February 20 categorically said that Article 371, which grants special provisions to Northeast states, will not be removed.

Speaking at the 34th Statehood day celebrations at IG Park in Itanagar, Shah pointed out that after the removal of Article 370 from Jammu and Kashmir a lot of rumour-mongering happened that Article 371 would also be removed.

“On this statehood day of Arunachal, I want to assure the people that Article 371 would not be removed from the NE. Such rumours are only a ploy to drive a wedge between the NE and rest of the country. We would not let such mischievous things succeed ever”, the Union Minister said.

Talking about Prime Minister Narendra Modi’s vision of connecting NE, especially Arunachal Pradesh, with the country, Shah said that the Centre is committed to safeguarding the fundamental rights, culture, heritage and traditions of all the 27 tribes and over 120 sub-tribes of the state.

“India’s culture and heritage are incomplete and handicapped without the culture of different tribes of this region,” Shah said.

Citing government’s efforts to bring a lasting solution to the lingering problems of the NE, the home minister said, “Before the Modi government came to power, NE was identified with insurgency, extremism, separatism, blockades, corruption, ethnical tensions, drugs and arms trafficking. The region is now famous in the whole world for its infrastructure development, connectivity, a boost to sports, Act East policy and organic farming.

“Before 2014, NE was integrated only on geographical and administrative terms with the rest of India. It was only after Narendra Modi became the Prime Minister that the region developed an emotional connect with the rest of India and there is no difference between the two now,” Shah said.

Shah further said that the Prime Minister is focussed on finding lasting solutions to the problems of the NE, including interstate issues, inter tribe issues, border disputes, extremism and insurgency.

“Northeast would become ‘samasya mukt’ (free of all problems) by 2024. There would be no dispute, only a golden future for a developed NE. Arunachal, which is the ‘Land of the rising sun, ‘ would become the harbinger of growth for the entire region”, he said.

Shah also inaugurated a bouquet of projects and schemes for the state on the occasion, including the launch of Arunachal Pradesh Industrial and Investment Policy 2020; laying of the foundation stone for Police Headquarters at Itanagar; construction of new apartments for MLAs and residential complexes for senior government officers in Chimpu, worth over Rs 140 crores.

Expressing confidence that the launch of Arunachal Pradesh Industrial and Investment policy 2020 will boost economic growth in the state, Shah said that with this fast-paced growth Arunachal will play an important role in achieving Prime Minister Narendra Modi’s vision of India becoming a $5 trillion economy by 2024.