I dedicate this award to my late father, says FIH Rising Star Lalremsiami 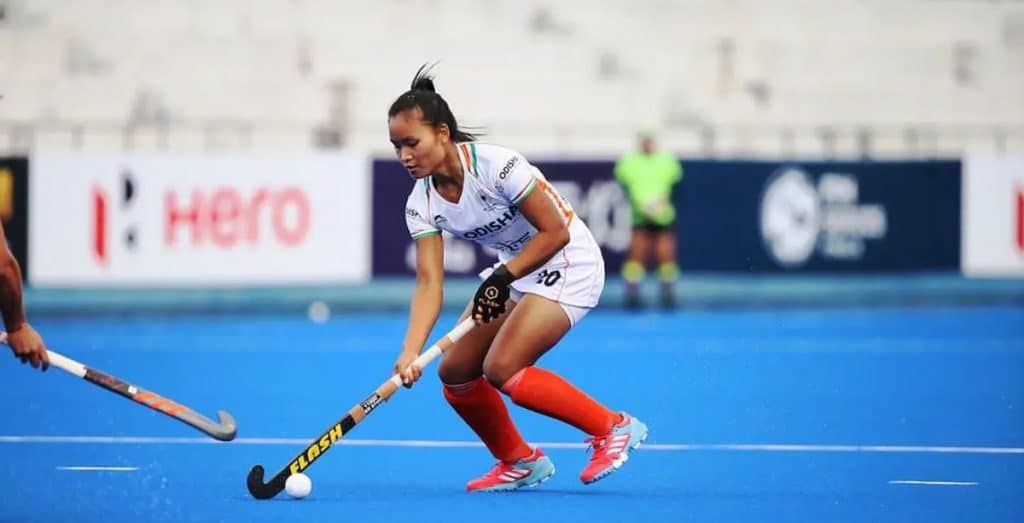 On 21 June 2019, when the Indian Women’s Hockey Team was preparing to take on Chile in their Semi-Final match of the FIH Women’s Series Finals 2019 in Hiroshima, Japan, India’s young striker Lalremsiami received tragic news from her home — her father Lalthansanga Zote had passed away due to a heart attack. However, 19-year-old Lalremsiami showed great strength and composure to tell her chief coach Sjoerd Marijne that she will be playing the match on the next day…and the youngster helped her team win the important competition and progress to the FIH Hockey Olympic Qualifiers which took place later in the year.

The kind of mental strength and character that the young striker has showed since making her senior team debut back in 2017, has led her to consistently find a spot in the Indian team and she has dedicated this award to her late father. “I had a mixed year in 2019, and it was a huge personal loss for me when I lost my father. He always motivated me to do well, and I am sure he would be giving his blessings from above. I would like to dedicate this award to him,” said the youngster, who won her first Gold Medal with the Indian team in 2017 when they won the Women’s Asia Cup. Hailing from Mizoram, Lalremsiami also helped her team win the Olympic Test Event in Tokyo late last year, and then the FIH Hockey Olympic Qualifiers, which saw India book their berth at the all-important Tokyo Olympics.

Speaking after she was announced as the FIH Rising Star of the Year 2019, Lalremsiami credited her family, Coaches and teammates for the win. “It is a huge honour for me because there were so many great players nominated in the same category. I am really thankful to my family for giving me the freedom to choose my career in hockey, and to my Coaches and teammates who have always supported me throughout,” she said.

“Back in December when the nominations were announced, it was our Chief Coach who informed me after we had wrapped up training in Bengaluru. I didn’t realise how big these awards were at first, but when I saw the list of winners over the years, I felt really happy and proud,” she added.

Lalremsiami considers her senior team captain Rani as her role-model and having received the Award from the veteran was the icing on the cake. “I was visiting Delhi to meet my sister, so Rani di told me she will pick me up from the airport. But when I came outside, I was given a wonderful surprise by Rani di and Hockey India’s CEO Ms Elena Norman along with the staff. I wasn’t expecting to win the award because there were some great players nominated for it, but when I received the trophy from my role-model and saw my name on the poster at the airport, it made me really happy,” said the youngster.

“The award obviously serves as a great motivation for the upcoming Olympics, and gives me more confidence and belief to go on and do my best for the team for years to come,” signed off Lalremsiami.