The Indian Army has rescued 111 tourists and locals including women and children, stranded in sub-zero temperatures at snow-bound Sela Pass in Arunachal Pradesh, a defence official said on March 2.

“The soldiers accompanied by medical personnel relentlessly worked throughout night till early hours of Sunday to rescue 111 stranded tourists and local civilians including women and small kids,” he said, adding that the stranded people were taken out in 70 vehicles.

Khongsai said that the Army, after rescuing the people, provided them hot tea, snacks and food. 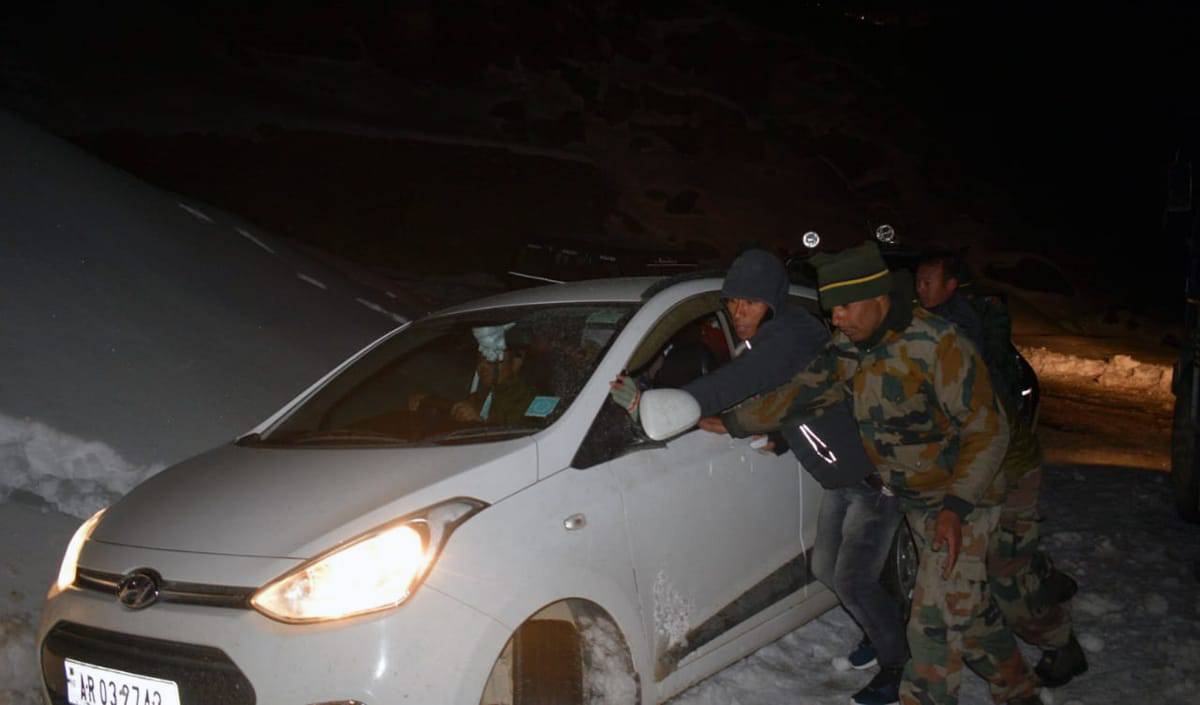 The tourists expressed their gratitude to the troops for their efforts which they termed as a “god sent help”.

Arunachal Pradesh Chief Minister’s secretariat, which was also monitoring the situation, also complimented the Indian Army for their timely and effective response.