Alone in Scotland, Bala Devi making best use of lockdown with fitness drills 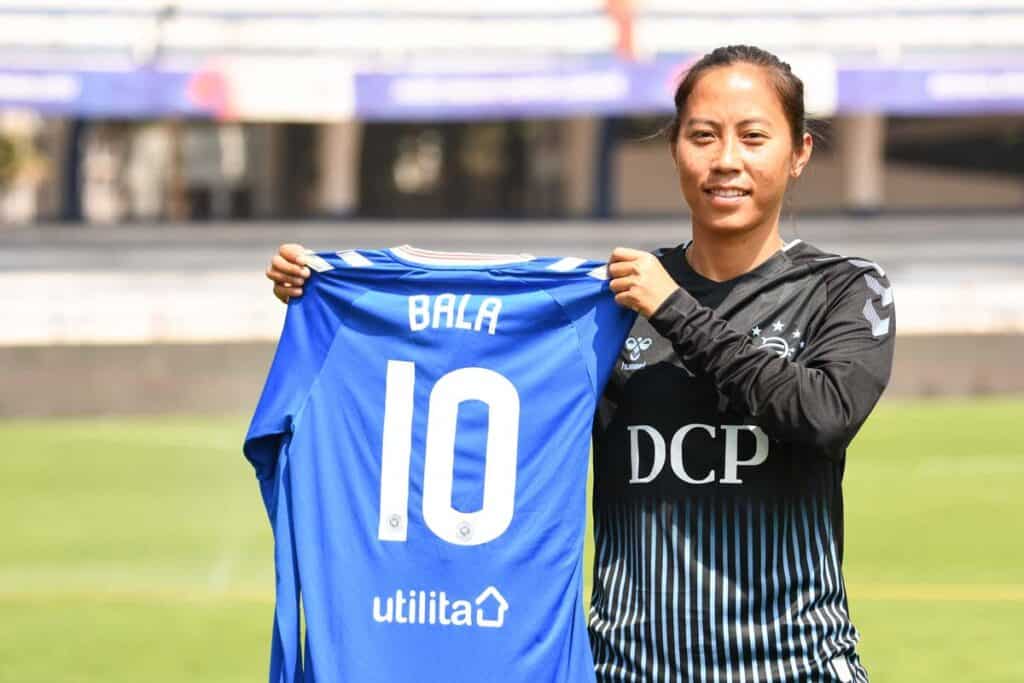 Stuck alone in an apartment in Scotland due to the lockdown in the wake of COVID-19 outbreak, Ngangom Bala Devi, the first ever Indian woman footballer to play outside India professionally, is making best use of it.

Bala, who signed an 18-month contract with Scottish side FC Rangers early this year, has been stuck in Glasgow after the Scottish Women’s Premier League had to be stopped midway because of COVID-19 outbreak. She could play just two games for her side after the first two matches were postponed due to bad weather.

But the fierce Manipuri forward is not sitting idle.

“I am trying to keep my fitness level up with a lot of activities. Utilising this time to ensure that I get fitter and once we are back in the field, I can perform to my best of the ability. The club has taken great care of everything,” Bala told The News Mill.

She also had a quite celebration of Cheiraoba, the Manipuri New Year in her apartment recently. She is the lone occupant in her five-room apartment after her Scottish roommates left for their homes and meanwhile, all the international and domestic flight services were suspended in India.

“It was a quiet celebration. I spoke to my family and friends. These are difficult times for the world and I hope that we are able to overcome it soon,” she added.

The striker is the current top scorer for the Indian national women’s team, netting an impressive 52 times in 58 games, also making her one of the top international goal scorers in the South Asian region. She has also served as her national team captain in a distinguished international career, which began when she was called up just aged 15.

With the India’s women’s team FIFA ranking bettered to 55th position, Bala expressed hope that even better days are ahead.

“There is a lot of talent and with the opportunity of world tournaments like U-17 World Cup being hosted in our country we are going to see more girls come up and take the sport. Also with the leagues becoming more popular the interest in the sport is growing in the country. With so many positives I definitely see the team growing and achieving better results and rankings,” she added.

On her home state Manipur which has won record number of women’s national championship title as many as 20 times out of 25, Bala said that it’s just the love and passion for the game.

“Football is huge in Manipur and since childhood the kids play the sport. The love and passion of the game is what drives everyone there to play their best and always perform,” she added.

Apart from her, Manipur has produced some of the best footballers including Padma Shri Oinam Bembem Devi and former India captain Renedy Singh. The 30-year-old forward said that their contribution in shaping her career is immense.

“They have been extremely important. They have always guided me and motivated me. It was an honour to be sharing the same field with Bembem Devi – there was always so much to learn from them. Their support has helped be become a better player and grow in my career,” she said.