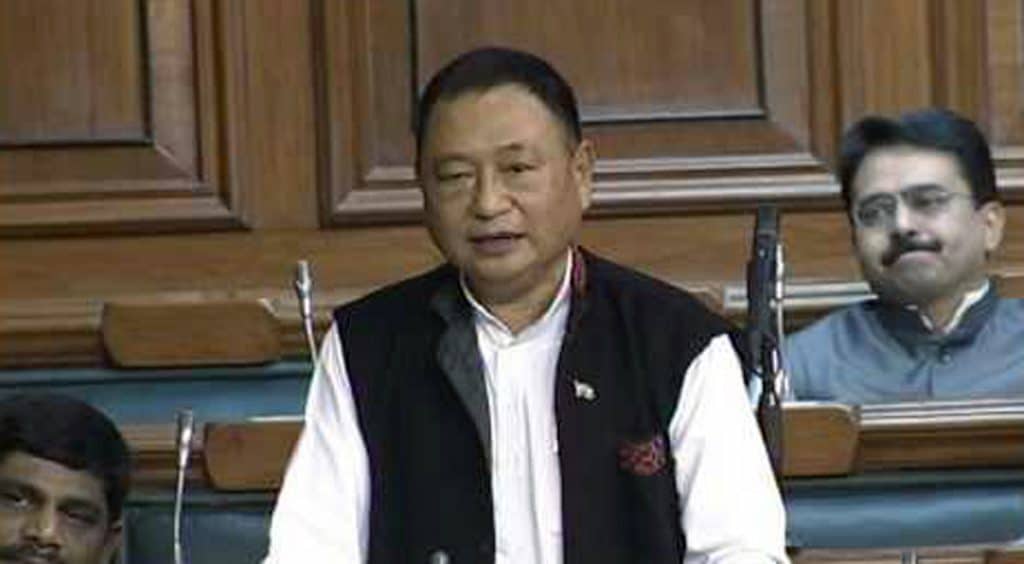 Expressing concern over reports of ‘ill treatment’ on people from Northeast in the wake of Novel Coronavirus outbreak, Arunachal Pradesh MLA and former Union minister Ninong Ering on Saturday urged Prime Minister Narendra Modi to mention this issue during his address to the nation, in order to sensitize citizens.

In his letter addressed to the prime minister, the Congress MLA from Pasighat West, wrote, “I am concerned about the people from Northeast region, especially who are residing in big cities of our country. The ethics of our country are being violated…due to COVID-19, citizens from Northeast have been facing ill treatment, they are being called ‘Corona’ or ‘Virus’ thus not only adding it to their bigoted lexicon but also psychologically affecting them.”

Mentioning about recent incidents of attacks on people from the region in the wake of Coronavirus pandemic, Ering said, “It makes me wonder how far this racial discrimination has taken root. India is a signatory of the international convention on the Elimination of All Forms of Racial Discrimination, but does not have any laws specific to racism.”

Stating that it breaks his heart to see such differences in the country when the need of the hour is to be united, he pointed out that taking precautions in such a pandemic is acceptable but losing one’s humanity isn’t.

“I humbly request you (PM) to address this issue during your address to the nation as it may sensitize citizens to respect our being,” Ering wrote.