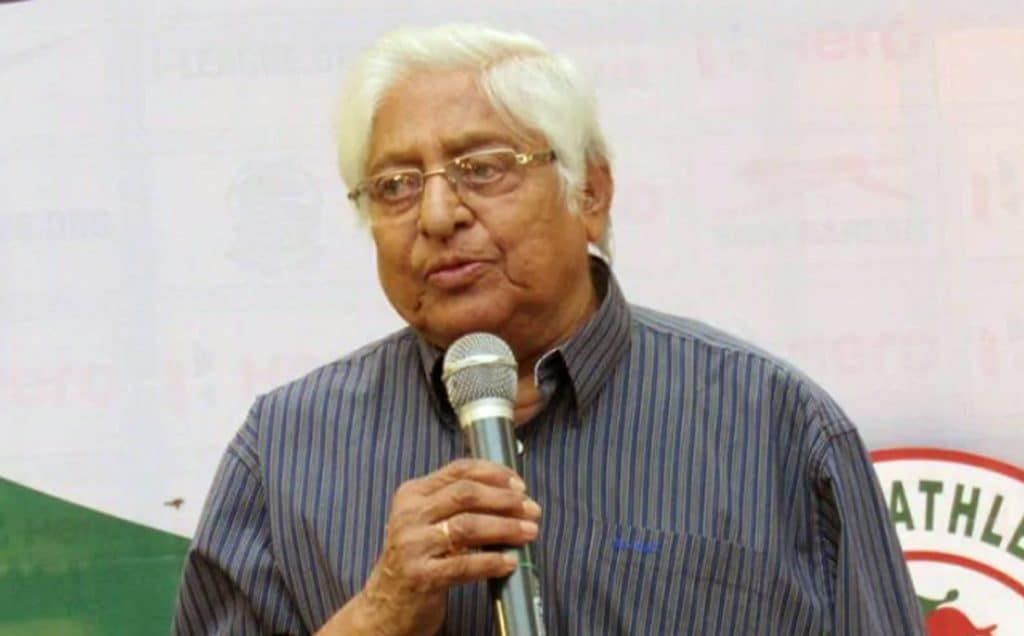 Former Indian footballer Subimal ‘Chuni’ Goswami passed away at a Kolkata hospital on April 30 after a prolonged illness. He was 82.

Goswami had been suffering from underlying ailments for long. He was admitted to a Kolkata hospital earlier in the day and breathed his last at 5 pm due to cardiac arrest.

All India Football Federation (AIFF) condoled the death of the former India captain Subimal Goswami, who was fondly referred to as Chuni Goswami by his vast legion of fans.

Goswami made his International debut against Burma (now Myanmar) in the Asian Games in Tokyo in 1958. He even scored on debut as India rallied to win 3-2 on the day.

He went on to represent India in 36 official International matches, captaining in 16 of them, and netting 13 goals.

Besides two editions of the Asian Games, Goswami was also part of India’s Olympic squad in the Rome Olympics in 1960. He also captained India to the final of the AFC Asian Cup in Tel Aviv in 1964 and was part of India’s campaign in the pre-Olympic qualification in 1959 (in Kabul), 1960 (in Kolkata and Jakarta), 1963 (in Colombo as captain), and in 1964 in (Tehran and Calcutta).

Goswami won the Arjuna Award in 1963 and was awarded the prestigious Padma Shri Award in 1983.

Praful Patel, the President of the All India Football Federation, in his message said, “It’s sad to hear that Chuni da, one of India’s greatest footballers, is no more. His contribution to Indian Football will never be forgotten. I share the grief.”

“He will stay synonymous with the golden generation of Indian football. Chuni da, you will remain alive in our hearts,” the AIFF president added.