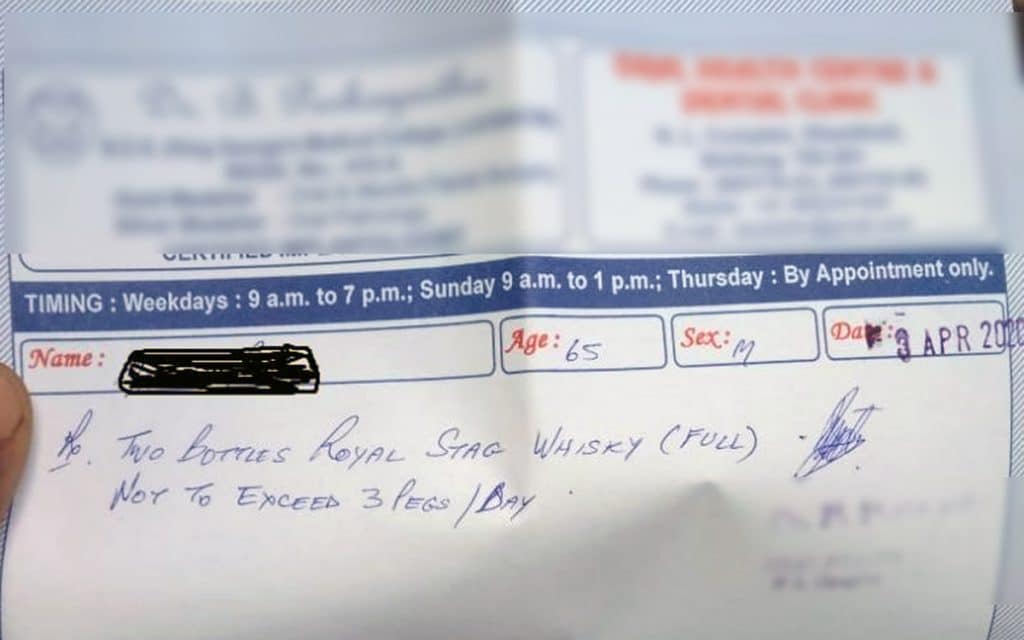 A dentist in Shillong has reportedly prescribed two bottles of whiskey to a 65-year-old man who he claimed to be suffering from alcohol withdrawal symptoms. A copy of the prescription has since gone viral on the social media.

“He (the patient) is having difficulty in taking food and is not getting sleep,” the dentist was quoted as saying by Guwahati-based news website Northeast Now. The report added that the patient is a tenant of the dentist who has his clinic at Dhankheti in Shillong.

To avoid complications, looking into his age factor, the dentist said, “I have advised him to consume alcohol, but in limited quantity.”

The dentist also advised his patient not to consume more than three pegs in a day.

Liquor shops are closed across the region because of the nationwide lockdown due to COVID-19 outbreak in the country.

“We the wine shops owners have faced immense public pressure in this regard whereby we are getting calls requesting for alcohol requirements,” association president OB Tariang and general secretary Ernest Mawrie stated.