11 dead, many under treatment as poisonous gas leaks from Visakhapatnam factory 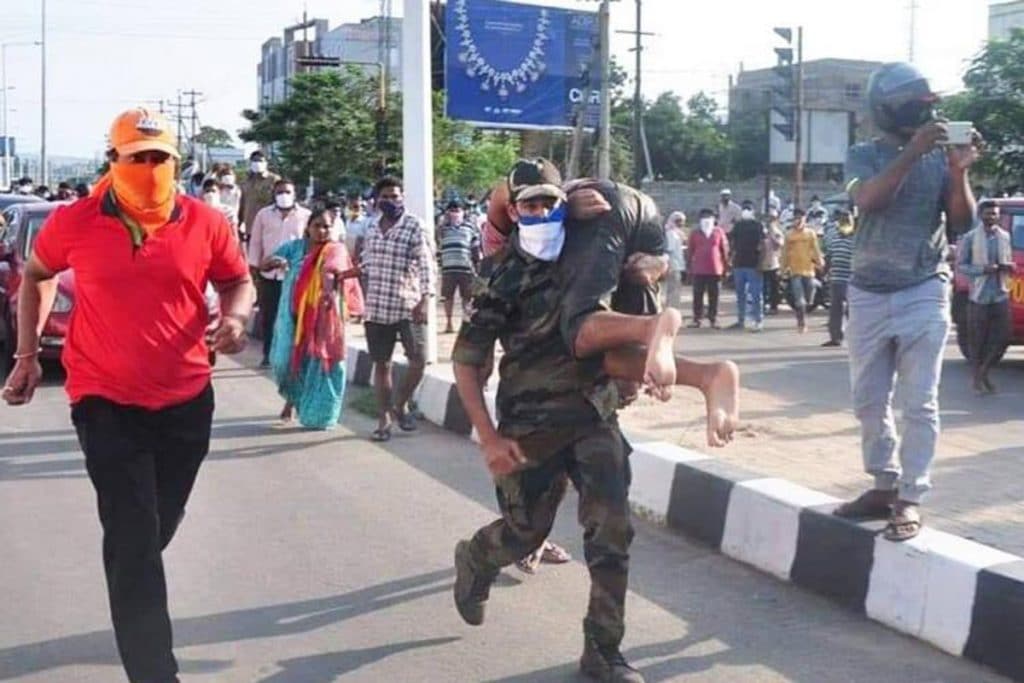 People rush to hospitals in Visakhapatnam after gas leaks from a factory | Photo Courtesy: TheNewsMinute

At least 11 people, including a child, were killed and hundreds took ill after styrene gas leaked from a factory in Visakhapatnam, Andhra Pradesh, early on May 7.

Chief Minister YS Jagan Mohan Reddy announced a compensation of Rs 1 crore each to the kin of the deceased.

Talking to media persons after calling on those who were admitted in King George Hospital in Visakhapatnam, Reddy said Rs 1 lakh each as compensation would be given to those who will be in hospitals for 2-3 days for undergoing treatment and compensation of Rs 10 lakh each to those who are in ventilators.

He said those people who fell ill and taken primary care treatment in hospitals will be given a compensation of Rs 25,000 each.

NDRF DG SN Pradhan in New Delhi said the situation in the area is under control and the NDRF team will remain there to assist the local administration. He said that the effectiveness of styrene gas, which leaked from the LG Polymer factory in Visakhapatnam, reduces after 5-6 hours. The gas has become less effective with passage of time and it is expected that its impact in the atmosphere will reduce further.

People were evacuated in the radius of about 3 km from the site of the gas leak, he added.

The gas leakage occurred at around 2.30 am on May 7 and first the local residents contacted local administration and around 5.30 am the Visakhapanam RRC unit of NDRF reached the site and evacuated 200-250 families and door-to-door search operation was conducted.