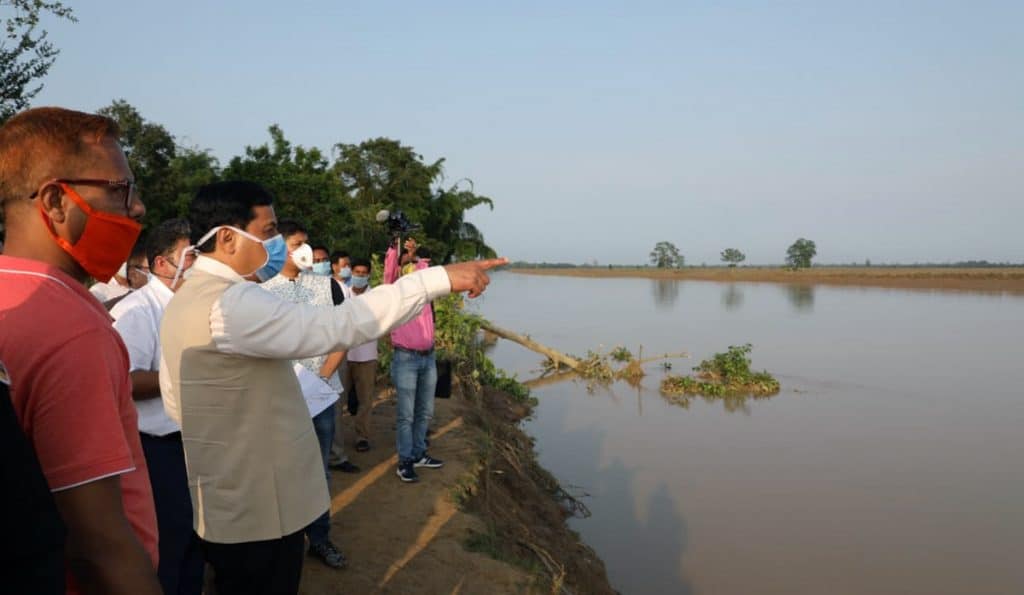 The overall flood situation in Assam continued to improve, though the death toll increased to nine with two more casualties reported in last 24 hours.

Both deaths were reported from Kampur in Nagaon district, an Assam State Disaster Management Authority statement informed on June 1.

The number of affected districts remained three, though the figure of affected population decreased to below 2 lakh.

Altogether 1,97,248 people are still affected by floods, with Goalpara district remaining the worst-affected.

The number of relief camps also decreased to 45, with 7299 people staying in these camps in different parts of the state.

No major river is currently flowing above the danger level, the statement added.

Sonowal also visited relief camps set up at Jogijan and distributed nutritious food to the children.

He made a fervent appeal to the camp inmates to adhere to social distancing protocols and save themselves from COVID-19 infection.

He also asked the district administration to conduct regular health check up on the camp inmates.