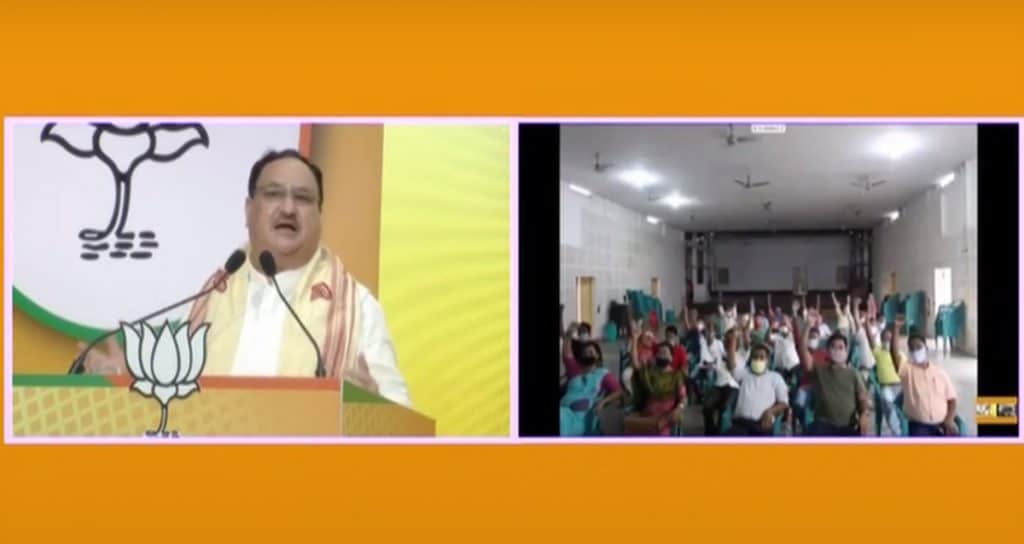 Bharatiya Janata Party (BJP) President JP Nadda on June 23 flagged off a virtual rally in Assam and said that Prime Minister Narendra Modi has been able to bridge the gap of six decades in six years.

“Modiji has changed the dynamics of Indian politics with service of humankind,” Nadda said while addressing top BJP brass in the state, including Chief Minister Sarbananda Sonowal.

With this initiative, the party hopes to reach out to more than 50 lakh families compared to the conventional rallies.

Nadda, along with General Secretary Ram Madhav and Chief Minister Sarbananda Sonowal, listed out the achievements of six years of Modi government at the virtual rally.

Nadda said under the shadow of COVID-19 pandemic, BJP has adopted the digital tool to reach out to people in every corner of India.

Invoking the name of Shyama Prasad Mukherjee who founded Bharatiya Jana Sangha, Nadda said that Mukherjee’s dreams have been realized with the scrapping of Article 370.

The virtual rally, which started from 4:30 pm on June 23, was attended by 70 lakh people to join in from across the country, BJP sources claimed.