A silent revolution is taking place in Barak Valley of Assam as far as the game of chess is concerned. Many talented chess players are coming up the ranks with a keen interest to pursue the game seriously.

In 2018, a FIDE-rated tournament was organised by Cachar District Chess Association (CDCA) in Silchar featuring participants of 4 countries including India. Dibyendu Barua, who has the distinction of becoming the second Grand Master of India after Vishwanathan Anand, was the top seed at the tournament.

But a lot more needs to be done to make sure that a robust system is put in place for grooming the talented players. “I can assure you that there is a lot of potential in chess in Barak Valley. But the sad part is that there is a huge gap in terms of quality between our players and their counterparts from outside the Northeast,” said Nirmalya Chakraborty, secretary of CDCA.

In the past few years, chess players of Barak Valley have dominated in the state-level tournaments. Rahul Soram Singh of Silchar emerged as the state champion in two consecutive years in 2016-17 and 2017-18. Iftikar Alom Mazumder is another player who has brought laurels in many district as well as state-level tournaments. But when it comes to the national level there are hardly any achievements to boast of.

Lack of exposure to rated tournaments

Chakraborty says that the main reason behind it is lack of exposure to rated tournaments. “The moment our players are pitted against professional chess players from the big cities the tables get turned. I think the fact that players from big cities regularly play tournaments that feature IMs (International Master) and GMs makes the difference,” the CDCA secretary iterated.

It does not imply that chess players from small towns in India are not doing well. But the key lies in competing with the best. “If the eight states can organise a tournament on their own, there will be eight tournaments in a year, which can only be a positive development,” Barua had said in an interaction with this reporter back in 2018 when the GM was in Silchar. Then why such tournaments are not being organized?

“We are lacking in funds. The Assam Chess Association is also not very forthcoming when it comes to providing financial help in this regard. It may provide logistical support though… Also it is extremely hard to rope in sponsors,” secretary of CDCA rued. Many parents are unable to bear the high expenses of sending their kids to tournaments outside the state regularly.

The overwhelming thing is that a good number of parents are encouraging their kids to play chess.  Some of them are even sending them to coaching academies that have come up in this region in the last 2-3 years. But not many are ready to consider chess as a career option for their kids.

“The problem is that the infrastructure in Barak Valley is not at all good for producing professional chess players. The current set up of CDCA is doing a lot but guardians must also come forward,” said Ajoy Barman whose daughter Amritashmi Barman is a promising chess player.

It is true that many parents encourage their kids to play chess because they believe that being a mind game it can help them to concentrate more in their studies. It also means many stop playing once they move into the higher classes. “There is a dearth of proper coaching facilities in Barak Valley and currently there are not many high rated chess players from Assam. You need role models to motivate young players,” Barman maintained.

A trailblazer and a role model

Soram Rahul Singh is certainly an exception in this regard. He is someone whom the younger crop of chess players can look up to for inspiration. He finished third in a tournament he played in United States in 2017. In 2019, he travelled to Spain and Czech Republic on his own for playing. He earned 165 rating points and gained invaluable experience.

“Today’s generation of chess players in Barak Valley belong to the 10-11 age group and already some of them have earned good ratings. If they work hard and get proper coaching then they have the potential to become IMs in the future,” Singh, who himself is striving to become an IM, pointed out.

Singh underscores that when he started out as a player he got little support from the district or state level chess associations. “I mean it is the duty of such bodies to conduct coaching camps and competitions involving GMs and IMs. In states like Maharashtra and Tamil Nadu, the state-level bodies do a lot to support their chess players,” he said. He however acknowledges that things have improved a little in the recent past.

‘Silchar has a culture of playing chess’

Secretary of All Assam Chess Association, Rajiv Dhar pointed out that this year before lockdown more than 10 FIDE-rated tournaments were organised in Assam.  Sahil Dey of Guwahati became the highest rated player of the Northeast. Mayank Chakraborty is a two-time national champion who hails from this part of the country. Besides, regular coaching camps had been conducted and during the lockdown many tournaments and coaching classes are being held online. 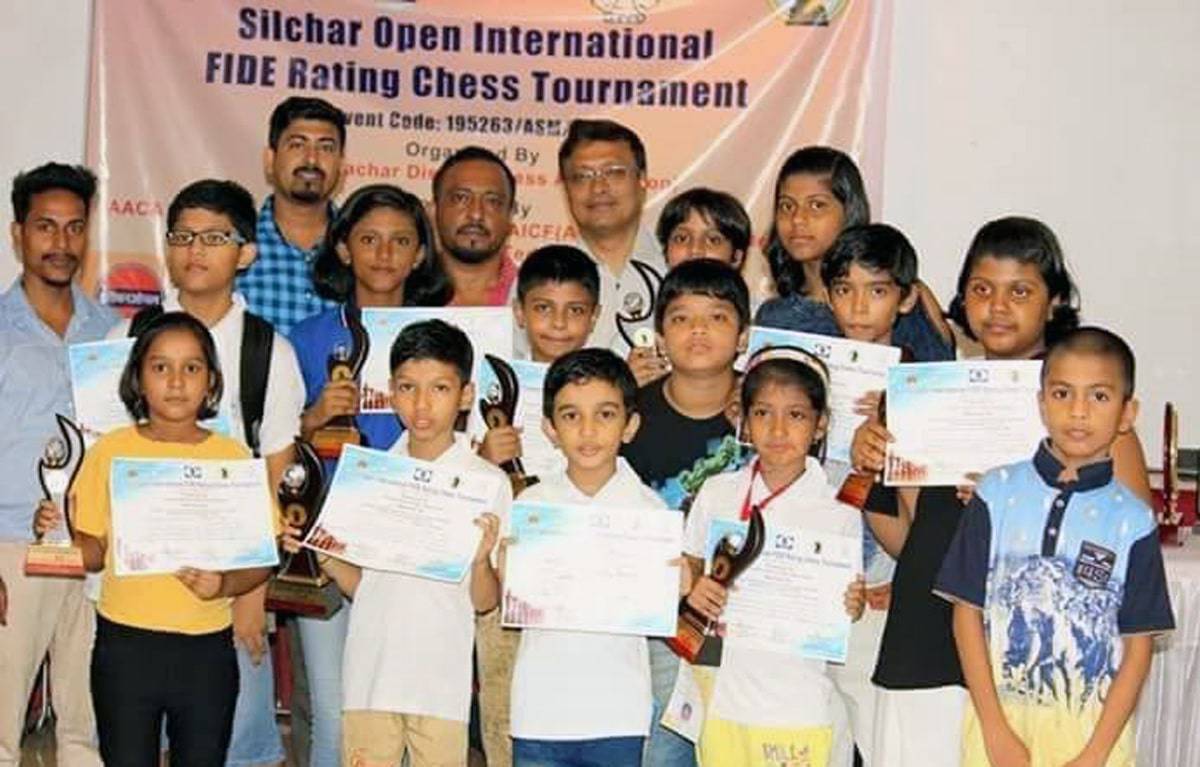 “Silchar in Barak Valley has a culture of playing chess. In the past it has produced players like Santanu Singh. Hailakandi and Karimganj may not boast of such a tradition but slowly and steadily the interest towards the game is developing,” Dhar said. He also highlighted the positive role played by the CDCA in this regard.

Dhar further believes that the role of a coach is of paramount importance in the development of a player. Unlike the past when he used to play, today there are FIDE certified coaches and international arbiters in Assam who can make a huge difference.

Significance of PR and authentic communications during COVID-19 times