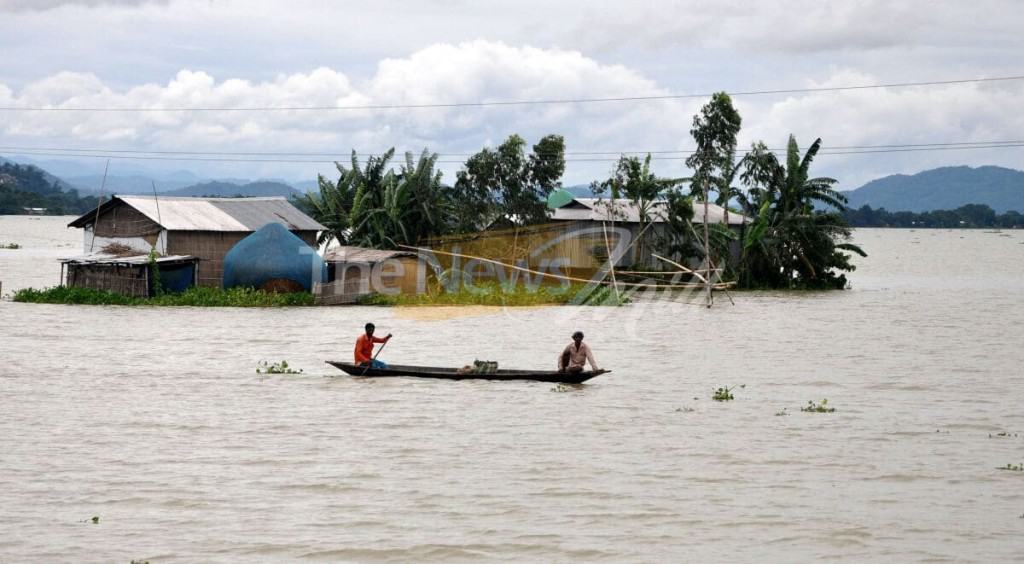 The overall flood situation in Assam improved considerably during the past one week, even as one more person died in Morigaon district on July 30 taking the death toll to 108, officials said.

India Meteorological Department (IMD) officials said that the let-up in the monsoon rains since July 24 has made the flood situation better. The officials expected that it will improve further in the coming days.

Assam State Disaster Management Authority (ASDMA) officials said that 12 lakh people in 1,339 villages across 22 of the state’s 33 districts are still affected by the floods, though the number has come down since July 24 when over 28 lakh people in 2,543 villages of 26 districts were distressed.

A total of 82,170 hectares of crops are still flooded, but the area has come down from 122,573 hectares as on July 24. The ASDMA officials said that five major rivers including the mighty Brahmaputra, are in spate in many places in six districts, including Sonitpur district where both the Brahmaputra and Jia Bharali are flowing over the danger level.

Forest officials said that at least 143 wild animals have died due to the deluge and 167 have been rescued, even as over 60 per cent of the 884 sq km Kaziranga National Park remains inundated.

The officials said that besides Kaziranga, located on the edge of the eastern Himalayan bio-diversity hotspots of Golaghat and Nagaon districts, the Manas, R.G. Orang and Tinsukia national parks, and the Pabitora and Tinsukia wildlife sanctuaries were also affected and many wild animals have perished.

The floods have so far claimed the lives of at least 108 persons, including women and children in 22 districts, while 26 others were killed in landslides since May 22.