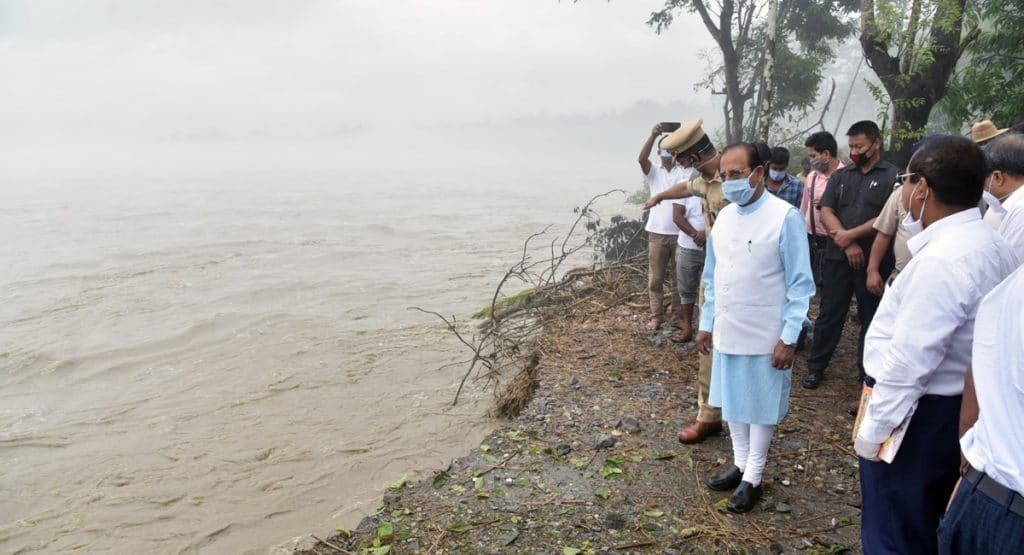 Visiting the areas in spite of inclement weather, Mukhi expressed concern over the extensive soil erosion perpetrated by Beki during its meandering course through Barpeta and Baksa districts.

Mukhi inspected several areas where largescale erosion took place. He said that he will have threadbare discussion with the senior officers of Water Resources department, Soil Erosion department to narrow down the probable causes of erosion and find out scientific solution to the long-standing problem.

The governor also said that since Beki is the transboundary river, sometimes heavy rain in upper reaches causes this river to be over flowing, leading to large scale erosion on both sides of its meandering course in Lower Assam districts.

Mukhi asked the district administrations of Baksa and Barpeta to expeditiously reach out to the flood-affected people and provide them relief. He also made it clear that the people displaced by flood and presently sheltered in relief camps should be given good quality relief materials. He also asked the DCs to make medical facilities available in relief camps and take special care of the infants, pregnant women, lactating mothers and elderly people.