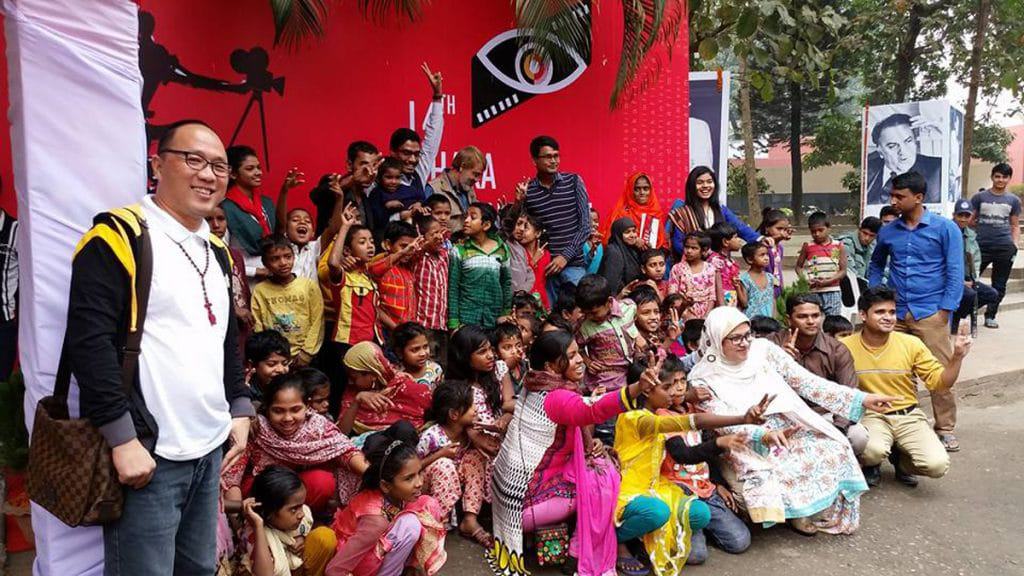 As film festivals across the globe are either postponed or cancelled due to the COVID-19 pandemic, the largest film festival in Bangladesh, Dhaka International Film Festival (DIFF), has decided to present its 2021 edition in January as usual.

The festival venues will be the same – in five theatres; only the dates are slightly changed and will now be hosted from January 16-24. But given the COVID-19 situation, it is yet to be decided whether DIFF should go hybrid. “The confirmation on whether it will be both physical — following health protocols – and online will not come until November or early December,” said festival director Ahmed Muztaba Zamal.

The schedule of film screenings and confirmed delegates will be announced at much later dates.

However, the extravaganza of opening and closing galas of the forthcoming 19th DIFF may get restricted depending on the economic condition. There will be fewer foreign guests and participants. The deadline for submission of films is September 30. Detail information can be found on the official website of DIFF.

The added attraction of the “Women in Cinema Conference” – the 7th in a row – will not be sacrificed though, as asserted by Zamal who happens to be the festival’s founder. The presenters of keynote addresses and speakers for the conference are always invited.

The Indian presence in the festival is regularly strong. Normally 40-50 films from India are submitted and around 20 films get the final nod. Last year’s edition saw latest features by Abhishek Shah, Anjan Dutt, Biju Kumar Damodaran, Ajay Bahl, Srijit Mukherjee, Ranjan Ghosh, and so on.

Organised by Rainbow Film Society since 1992, DIFF brings together filmmakers, critics, and film lovers from all over the world. In last edition, the festival screened about 220 films from 74 countries. The movies were divided under several categories, such as Asian Cinema, Retrospective, Bangladesh Panorama, Cinema of the World, Children Film, Women Filmmakers, Short and Independent, and Spiritual Film. Competitions are held for different sections judged by separate international juries.

Manoj Barpujari is a journalist and an award-wining film critic.