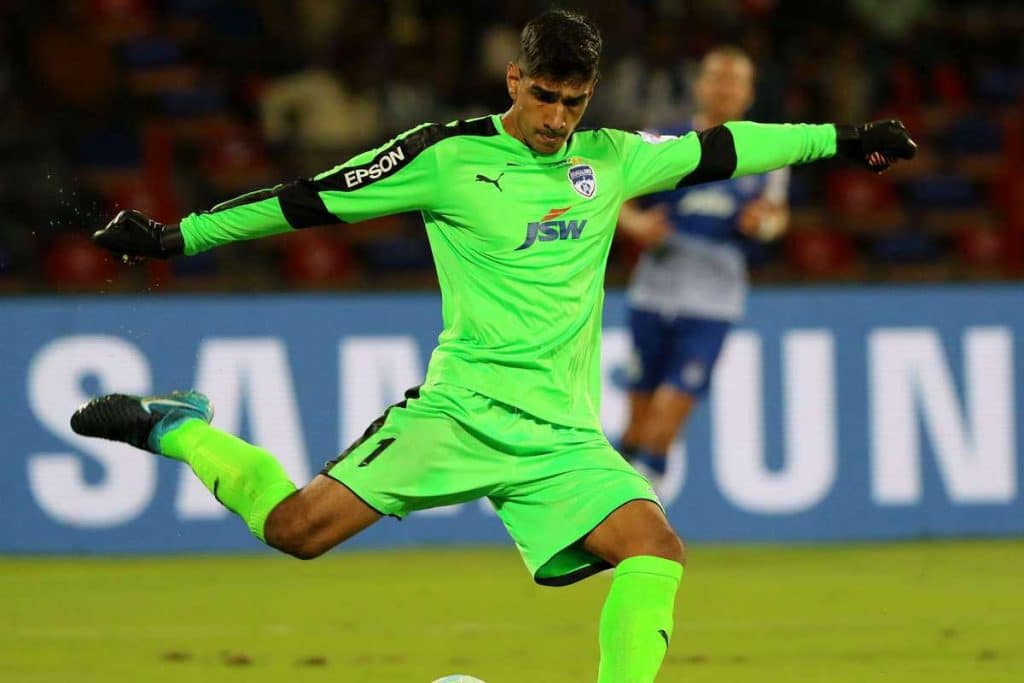 Blue Tigers goalkeeper and Arjuna awardee Gurpreet Singh Sandhu has asserted that Indian football ‘belongs at the top’ and that the team will not take anything below that.

The goalkeeper has been a key figure in the new generation of the Indian national team, also said that Indian football deserve as much respect as any other team.

“We won’t take anything less. We are hardworking people and have been striving hard for results. We are not to be taken lightly and we would like to gain the same respect from any opposition that plays against us. That’s what we play for,” a confident Gurpreet, the first Indian to ever play in the UEFA Europa League said in a chat with AIFF TV.

Gurpreet, who has been living in Sydney over the last few months has been training under the watchful eyes of former AC Milan and Socceroos custodian Zeljko Kalac, who is also a UEFA Champions League winner with the Italian side.

“I came here (in Sydney) before the country shut down their borders and after that, they did an extreme lockdown where you can’t go out. So, I was working out at home for a couple of months. When the restrictions eased out, I reached to Erik (BFC teammate Erik Paartalu) was training with him about a couple of times in a week,” he informed.

“But for almost a month now, I have been training with the goalkeeping coach of Sydney United 58. It has been really good. It is being coached by the legendary goalkeeper Zeljko Kalac, who has played for AC Milan. He has been kind enough to allow me to train with the club and it has been great to get that kind of exposure while also enjoying some family time. It has been a pleasure,” Gurpreet said.

WHO in talks with Russia for vaccine information: Official