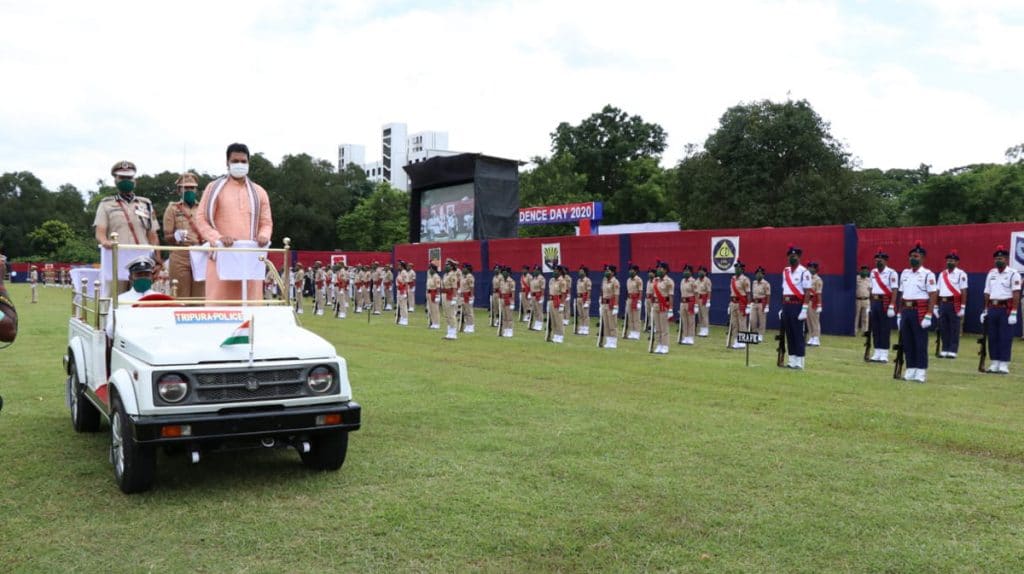 Tripura Chief Minister Biplab Kumar Deb on August 15 said that with the improvement in rail, road, air and waterway connectivity, Tripura will be the logistics hub of Northeast states.

Three projects are now underway to link Tripura with Bangladesh through rail, road and waterways, he added. “After the completion of these projects, Tripura and the neighbouring Northeast states would be connected with other parts of India and the world via Bangladesh,” Deb said after hoisting the national flag at the Assam Rifles ground in Agartala on the occasion of Independence Day.

“According to the smart city rankings released by the Centre, Agartala was at the 56th place – up from the 74th position – among 100 smart cities in India,” he said.

The chief minister said to provide employment to thousands of people and to earn revenue, the Tripura government has undertaken ambitious projects and schemes.

Deb said due to the rigorous efforts of the state government, crime has declined by 32 per cent and crimes against women dropped by 40 per cent.

Deb said 34,000 Reang tribal refugees, who fled from neighbouring Mizoram, would be rehabilitated in Tripura and for that the central government has announced a Rs 600-crore package.