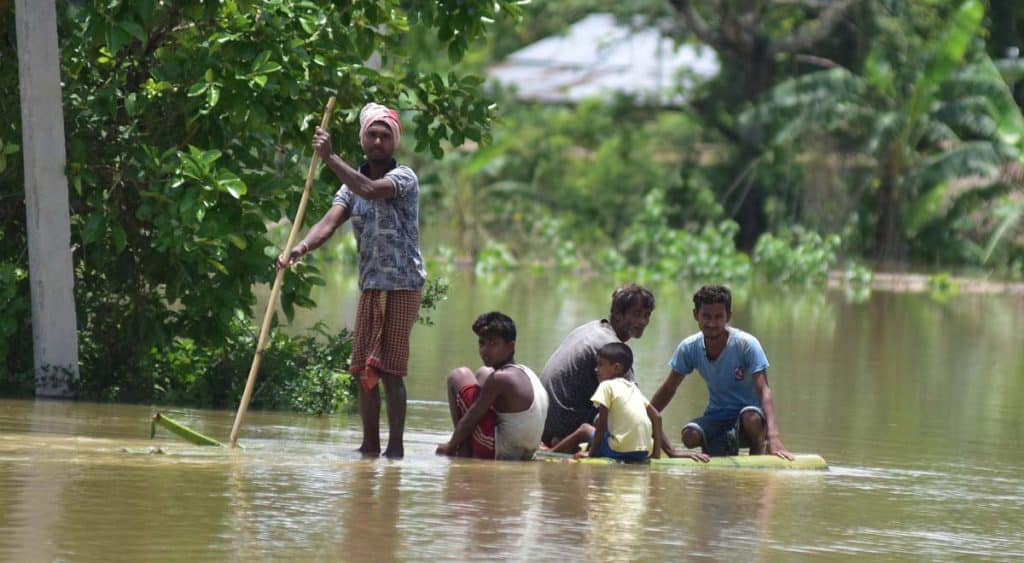 Officials of Assam State Disaster Management Authority (ASDMA) said that around 10,000 hectares of crop land in 219 villages under nine districts have been inundated. “Hundreds of people have taken shelter in 43 relief camps mostly in Nagaon district,” the officials said adding that the worst-affected districts were Dhemaji, Lakhimpur, Nagaon, Morigaon, Tinsukia, Dibrugarh, Sivasagar and West Karbi Anglong.

According to the officials, around 40,000 domesticated animals were also affected due to the flood, which also damaged many other assets, including road, bridges, embankments, government buildings and schools. The mighty Brahmaputra was flowing above the danger level at Nematighat in Jorhat and Sonitpur district while two of its tributaries, Jia Bharali and Kopili crossed the danger mark in Sonitpur and Nagaon districts respectively.

Like previous years, Assam until the first week of August witnessed devastating floods that killed 118 people in 22 districts, while 26 others were killed in landslides since May 22.

With a respite in monsoon rains, the situation significantly improved in the first week of August even as 57 lakh people were affected in 5,378 villages in 30 of the state’s 33 districts.