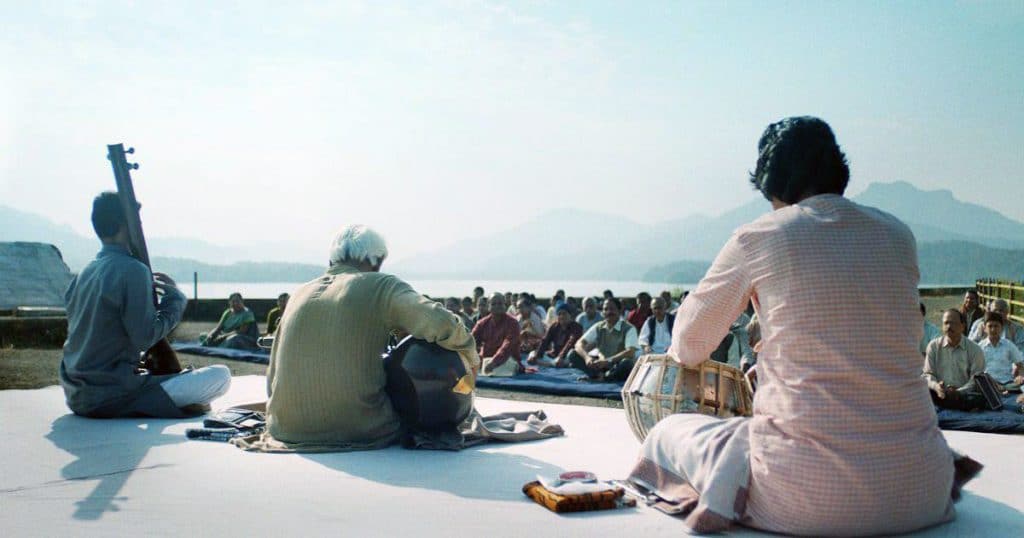 ‘Court’-fame Chaitanya Tamhane’s ‘The Disciple’ is continuing to lead Indian cinema from the front in this year’s COVID-19-hit film festival circuit, becoming the only Indian feature film to be chosen in the 64th BFI London Film Festival (LFF).

The selection comes soon after the Marathi-language movie set in the world of Indian classical music, became the first Indian film to be in the main competition of the Venice Film Festival after a gap of 19 years, emulating Mira Nair’s ‘Monsoon Wedding’. The film is also part of the forthcoming Toronto International Film Festival.

There is only one more feature film from the Subcontinent in the 64th London Film Festival, being organized in partnership with American Express – Rezwan Shahriar Sumit’s debut feature in Bengali, the Bangladesh-France co-production ‘Nonajoler Kabbo (The Salt in Our Waters)’.

In the short film section, the only Indian film to get selected is ‘Bittu’, directed by US-based filmmaker Karishma Dube.

The 64th London Film Festival, which will have a mixed theatrical and virtual screening format, announced its selections on September 9. The festival, to be held during October 7-18, will have over 50 virtual premieres and a selection of highly-anticipated new feature film previews at in cinemas across the UK, offering audiences a unique chance to engage with the festival in different ways.

‘Mangrove’ is the true story of the Mangrove 9, the group of Black activists who clashed with London police during a protest march in 1970 and their highly publicized trial that followed. The film is part of ‘Small Axe’, a drama anthology which comprises five original films created by Steve McQueen for BBC One.

On the other hand, ‘Ammonite’ is a fictionalized account of the life of the 19th century paleontologist Mary Anning.

All films in the festival are geo-blocked to the UK while all the festival talks and LFF Expanded will be available to experience for free from anywhere in the world, an LFF statement said.

Incidentally, because of the COVID-19 pandemic, the festival has done away with the usual jury this year, and the awards will be decided by the viewers through voting.