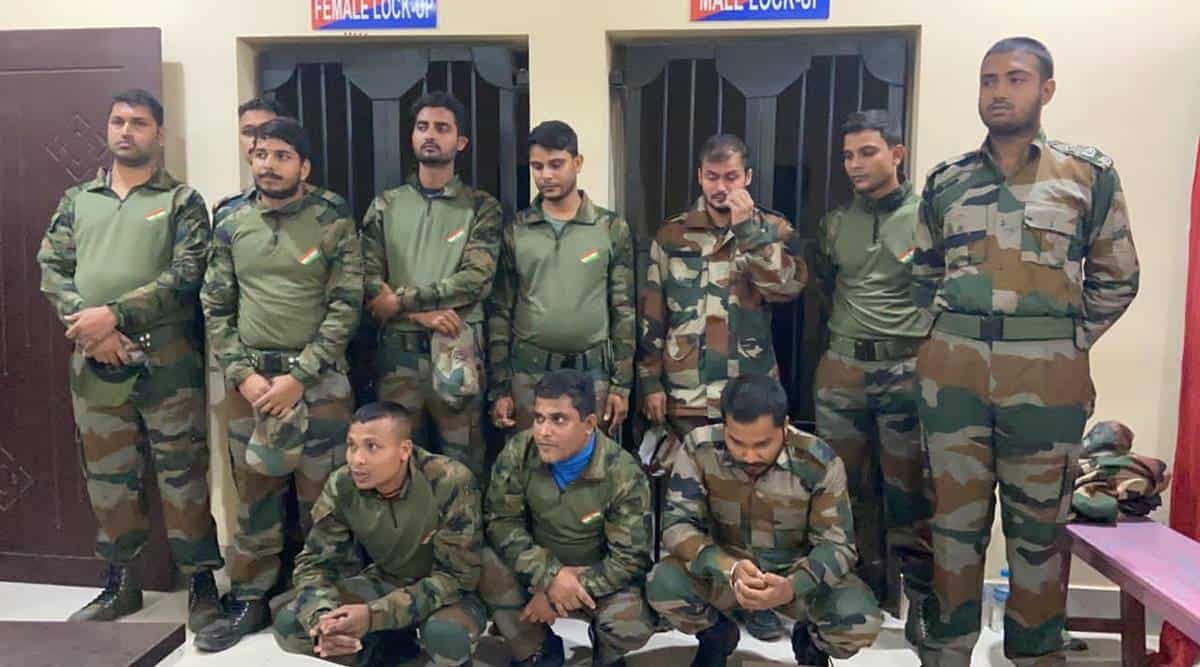 Assam Police on November 18 started interrogating 11 fake army jawans, who were arrested on November 17 from the Guwahati airport area, an official said.

An Assam Police spokesperson said that a local court in Kamrup district on November 18 sent the 11 accused, who hail from different districts of the state, to five days police custody.

“Police began interrogating these 11 fake army jawans arrested from Guwahati airport area and started an investigation from Wednesday. After the inquiry and completion of the questioning, it would be clear about the motive of these youth,” the spokesperson said.

Another police official said that these 11 people with army uniforms had been roaming in and around the Lokpriya Gopinath Bordoloi International Airport area in Guwahati for the past few weeks. Police also recovered a car, five motorbikes and fake identity cards of Indian Army from their possessions. Of the 11, one is a student studying in Bhopal.