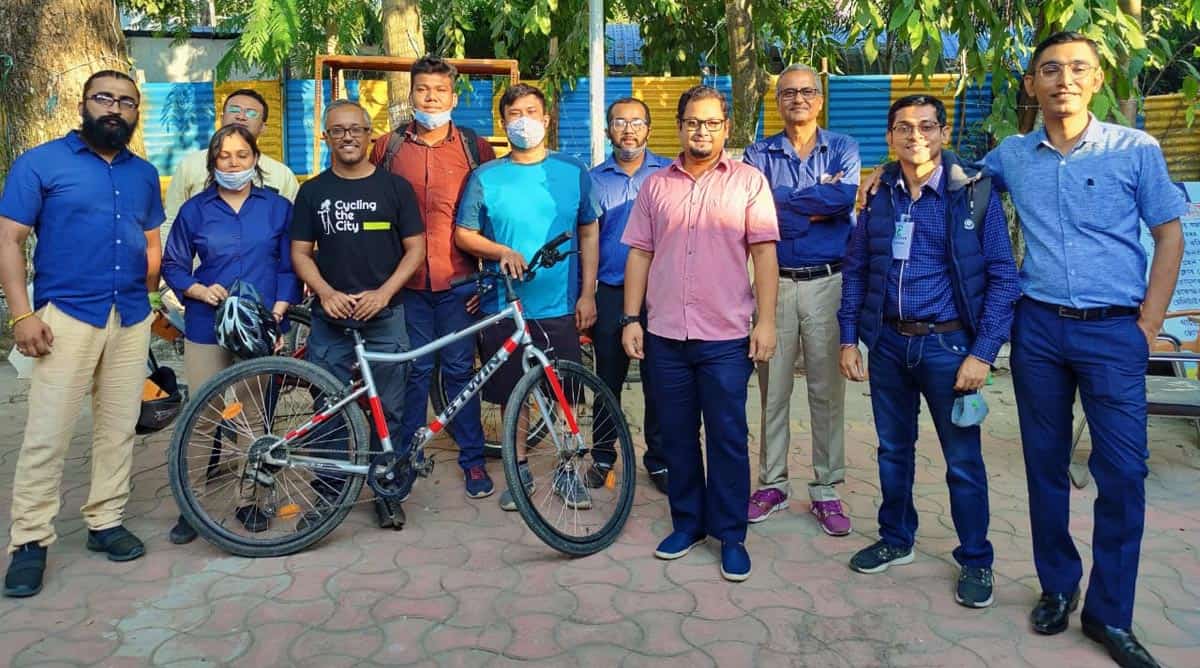 With the number of cardiovascular and lifestyle-related diseases on the rise, walking and cycling are two of the most preferred active mobility options.

Also, walking and cycling go a long way as sustainable options in reducing carbon footprint, traffic congestion and countering the effects of climate change. Prioritising these will help achieve 11 of the 17 sustainable development goals. These also have the potential to reduce the growing number of traffic accidents and resultant fatalities.

During lockdown, a large number of Guwahati residents were seen embracing cycling in their daily lives – be it as a mode of transport or just to take care of their health. Thus, with the vision of making Guwahati a cycling and walking-friendly city by 2030, a concerned group of individuals came together to constitute Guwahati Active MObility Forum (GAMOF).

On November 17, utilising this platform we announce the formal launch of the forum.

GAMOF’s objectives will be to promote cycling as a safe, accessible, aspirational mode of transport, while also working towards making Guwahati safe for walking.

The forum will act as an interest, pressure, active citizens group and a civil society organisation to create awareness for the need of safe cycling and walking infrastructure in the city.

To create awareness for the same, GAMOF will be regularly organising activities like open streets, cycle rides and races, road safety campaigns and workshops at different parts of the city.

We will be engaging with various stakeholders like – government departments / organisations, educational institutes, press and media, commercial establishments, residential apartments, hotels and restaurants, hospitals, cyclists (recreational and livelihood) and affected groups among others.

We have a dedicated team comprising of bicycle councillors and bicycle ambassadors, who will work under the leadership of the bicycle mayor of Guwahati for the purpose. We also have an esteemed panel of advisors and mentors to advise us on our mission.

The bicycle councillors are a team of change-makers who will take up leadership roles at the ward level to promote cycling among all sections of the society.

It is an honorary, voluntary and non-political position given by BYCS (Netherlands) to an individual for tenure of two years.

Supporting the bicycle councillors will be a team of bicycle ambassadors who also have been selected from the wards. They were selected by a nine-member panel consisting of conscientious citizens from Guwahati consisting of academicians, entrepreneurs, government employees and activists.

Guwahati is the third city after Bengaluru and Mumbai to have bicycle councillors. Since this was the first time such an initiative was taken in Guwahati, we had received applicants from 19 wards and after a few rounds of scrutiny have found councillors for nine wards.

For the rest of the wards we will start the next phase after a couple of months.

The position of bicycle mayor of Guwahati is an honorary position bestowed upon by Amsterdam-based social enterprise called BYCS (pronounced bikes). They are working on a global mission called 50by30 whereby they envisage 50 percent of all working trips in a city are made on cycles by the year 2030.

Supporting us in our mission is Pedal for a Change, a social enterprise working towards promoting the use of bicycles in all spheres of life and The Green Lane Foundation, a research-based organisation, working towards advocating and promoting sustainable urban transportation, road safety and liveable streets.

Dear @_AdilHussain sir, we are very glad to know about your love for cycling. We are also very thankful for your words of appreciation for our work & your best wishes for the #BicycleCouncillors and #BicycleAmbassadors of Guwahati. @BYCS_org pic.twitter.com/Hr7NjVdL22

Recently, acclaimed actor Adil Hussain had given out a video message appreciating our work and has conveyed his best wishes to all of us.

He has also appealed to all to use bicycles as much as possible and avoid motor vehicles to reduce carbon footprint and cut down on pollution. He had posted the video in his social media platforms like Facebook, Instagram and Twitter, that got highly viewed and shared.

Arshel Akhter is a Guwahati-based cycling enthusiast. He has been given the honorary position of Bicycle Mayor of Guwahati by a Netherlands-based social enterprise called BYCS