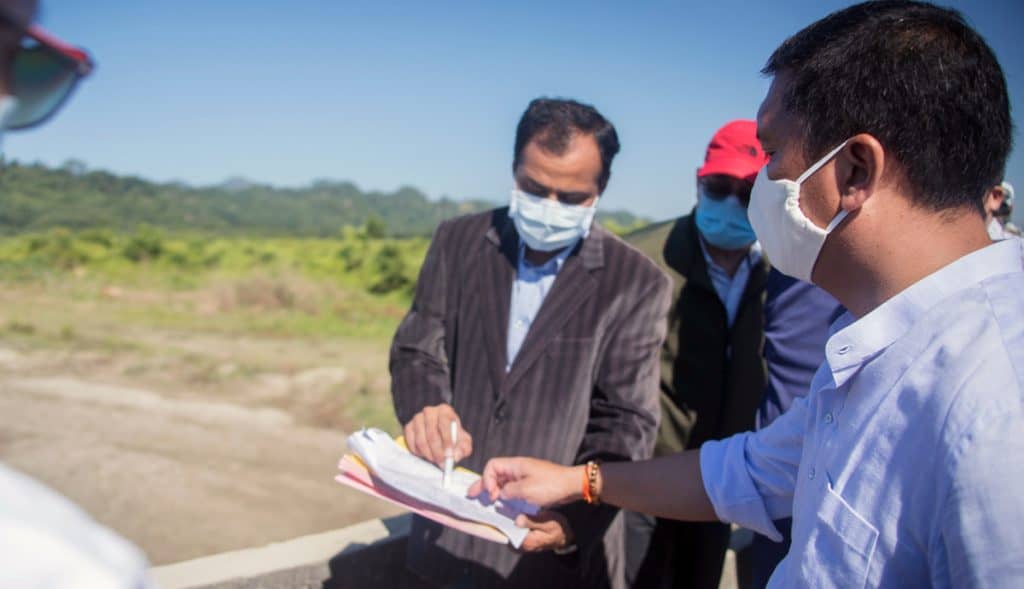 Visiting the site along with state’s civil aviation minister Nakap Nalo, host of legislators and other officials, Khandu stressed that the project has to be finished by August 2022.

Most of the works are under execution and the officials assured that by March next year all will be completed except for a few that will be executed after completion of boundary wall, approach road, etc.

“This project, foundation of which was laid by Prime Minister Narendra Modi, is our top-most priority. Please be informed that earlier the completion target was November 2022, which has been changed to August 2022. Work accordingly,” Khandu advised.

The CM also assured that funds won’t be a constraint.

He also expressed concern over the slow progress of actual work on the runaway and airport terminal.

Addressing chief project manager Kaushal Patel of Dinesh Chandra R Agarwal Infracon Pvt Ltd, a Gujarat-based firm executing the project, Khandu said all assistance would be provided to the firm by the government.

Khandu also visited the rehabilitation site of the 186 displaced families and interacted with them. He assured them assistance, especially in resolving the drinking water issue, which is under progress. As a temporary solution, water is being supplied through borewells at the moment.

The chief minister was informed that 156 families had to be shifted and rehabilitated from the project site and 30 families from the four-lane approach road.

Almost all families have shifted except a few who after harvesting their crops would follow soon.