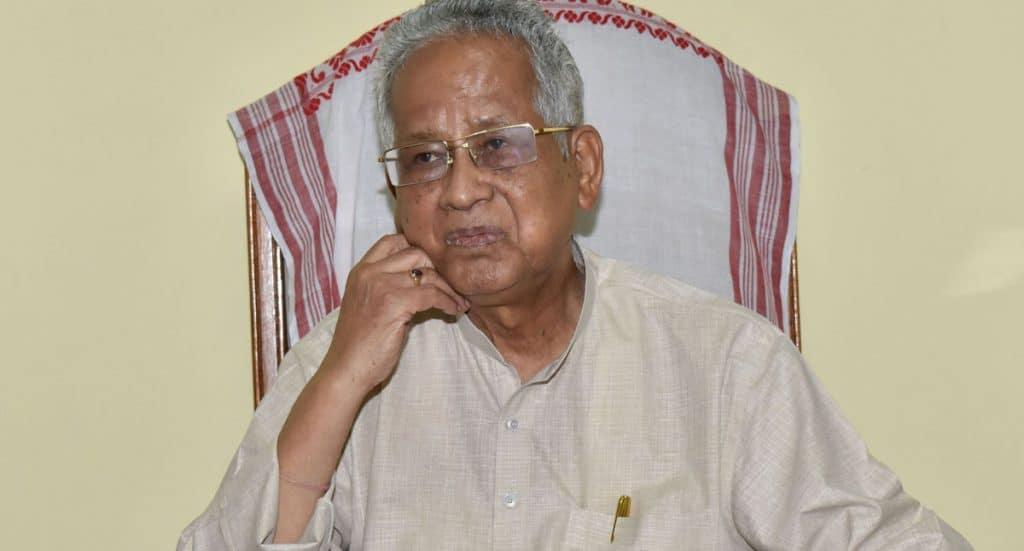 The health condition of former Assam chief minister Tarun Gogoi, who has been hospitalised in Guwahati since November 1, has deteriorated further.

Tarun Gogoi, who was undergoing treatment at the ICU of Gauhati Medical College and Hospital (GMCH) in Guwahati, has been placed under mechanical ventilation on November 21 evening.

GMCH sources said Gogoi‘s condition has been deteriorating and dose of various medicines have been increased to stabilise him.

Sharing an important update on the condition of former Chief Minister of Assam Tarun Gogoi. https://t.co/mLFivNl2El

Gogoi has been admitted in the GMCH thrice since August.

The octogenarian Congress leader had tested positive for COVID-19 on August 25 and was admitted in the GMCH, where he underwent treatment for over 20 days before recovering from the infection.

His existing co-morbidities and advanced age had made recovery slow.

He was once again admitted in the same hospital on September 24 following drop in his oxygen level, and was discharged in the last week of October.

He was readmitted on November 1.