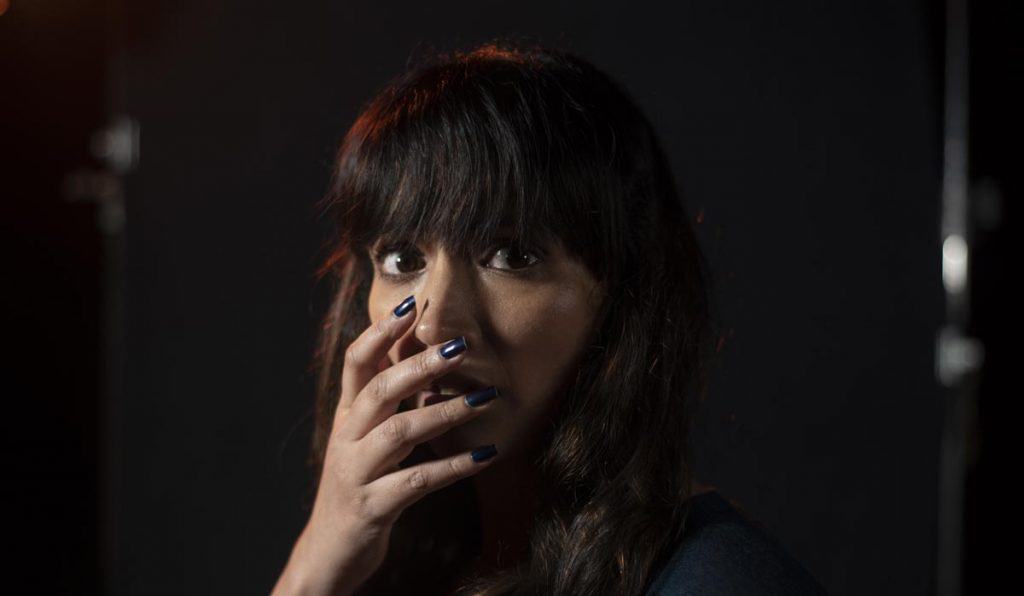 Dipannita Sharma from a scene of Pepper Chicken

Ratan Sil Sarma, a self-taught filmmaker in Assam, has pulled off something rare. Sarma and his all-Assamese unit have successfully completed a full-fledged Hindi feature film ‘Pepper Chicken’ which is streaming on OTT platform ShemarooMe.

All the cast and crew are from Assam and even the locations were in Assam. The psychological thriller has received encouraging reviews from critics all across the country.

“Why not?” Sarma told The News Mill when asked why he decided to make the film in Hindi language. “No one tried to make similar to this seriously before. Nothing is impossible. If Hindi films can be made in Indore, Bhopal, Chandigarh or Bangalore, why not in Guwahati,” he added.

‘Pepper Chicken’ narrates the tale of a car ride gone awry, as a cab driver and his female passenger engage in a deadly game of cat and mouse. Who emerges victorious in this sinister chase forms the crux of the film.

“Everything is a challenge if you want to do a good work… Initially, though I was not that confident as we are not natural Hindi speakers, our producer K Zaman motivated and boosted the confidence to carry forward the project with Hindi,” Sarma reckoned.

He further added: “But we had to ensure that it shouldn’t come out as a local product. We made the film for the audience pan India or abroad, so we had to be careful on the quality of the film.”

On getting the positive reviews on his first major project as a director, Sarma said he is happy and excited.

“It’s great that people from across the country have liked it. The credit goes to the unit. Everyone in the unit treated it as their own project and worked with so much energy and passion which reflected in the film,” he said.

Talking more about the film Sarma said that the idea was generated around seven to eight years ago while taking a night cab back to home from work in Chandigarh. “The driver was behaving creepy and I thought if he doesn’t stop the car and takes me to another destination, what would be the consequences. That’s how the idea came and later we develop the story,” he added.

On craft of filmmaking, Sarma said he has been inspired by the by people like Alfred Hickook, Martin Scorsese, Satyajit Ray, Jahnu Barua and Alejandro González Iñárritu among others whose films he hardly misses.

The movie also boasts of a Hindi Jazz number ‘Confusion Hai’ rendered by Papon, penned by Rajdweep and composed by Rahul Devnath.