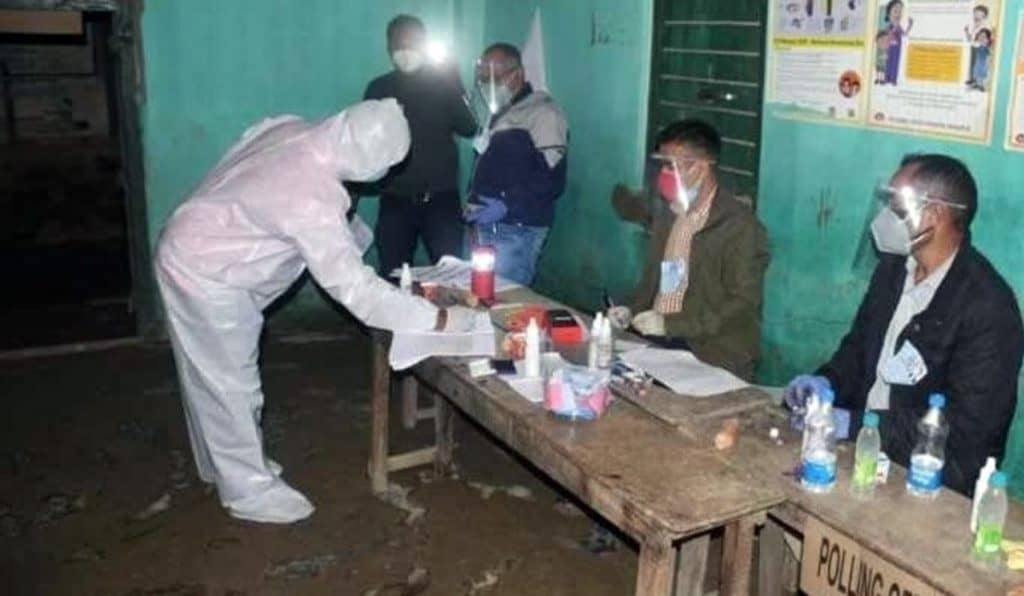 Voting for four assembly constituencies in Manipur conducted on November 7 amid the COVID-19 pandemic. Fates of the 11 candidates who were contesting for the four assembly seats of Saitu, Wangjing-Tentha, Lilong and Wangoi have been sealed in EVMs.

The poll process started slowly as special arrangements were made in view of the pandemic. Voting picked up slowly and by noon it was more than 40 per cent.

According to an official report received at 7 pm on November 7, the overall poll percentage was 92.54 per cent.

There was delay in some polling stations as EVMs were not working.

The byelection was by and large peaceful except for some incidents of minor confrontation between rival groups. CEO PK Singh was quoted as saying by The Sangai Express that there was no major incident of violence or disturbance during the by-polls and no major complaint has been received so far.

Saitu Congress candidate Lamtinthang Haokip has condemned the arrest of election chief agent of Congress candidate and secretary of INC candidate on November 7. He said there were large numbers of complaints of booth capturing and threatening Congress workers in Saitu.

Counting of votes will be held on November 10.