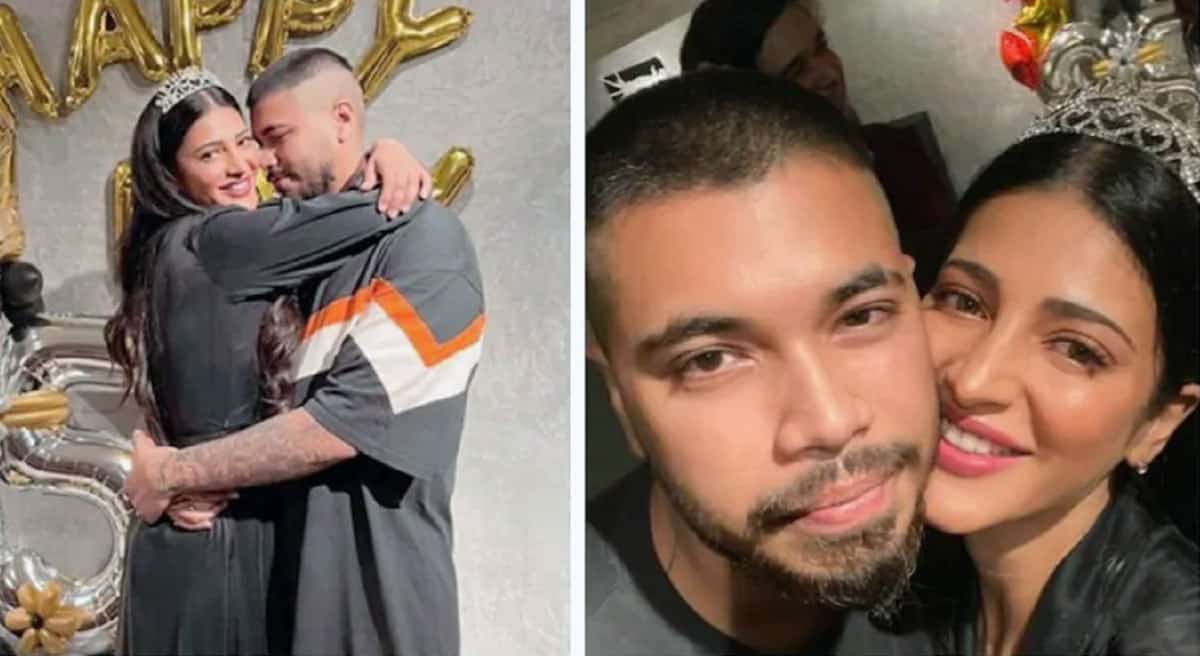 Actress Shruti Haasan is rumoured to be dating Santanu Hazarika, a doodle artist and illustrator from Assam. The rumours have been buoyed by Santanu’s Instagram story that he posted to wish Shruti on her birthday on January 28.

Media reports said that the two were seen together a day before on January 27 as well in Mumbai.

Santanu Hazarika, who currently resides in New Delhi, shared a picture of him and Shruti from the actress’ birthday party.

Reports claimed that Shruti Haasan recently said that she is in love. The picture from Santanu Hazarika is being taken as a confirmation.

Who is Santanu Hazarika?

An engineering dropout, Santanu is a doodle artist and an illustrator based in Delhi. Santanu is co-founder of Gauhati Art Project (GAP), an urban arts collective based in Guwahati. He was crowned the Best Doodle Artist in the 2014 ‘Doodle Art Competition’ and has also worked on independent projects for hip-hop artists like Raftaar and Divine.

Shruti Haasan is an actress and singer who works predominantly in Tamil, Telugu, and Hindi films. She is the daughter of actors Kamal Haasan and Sarika Thakur.