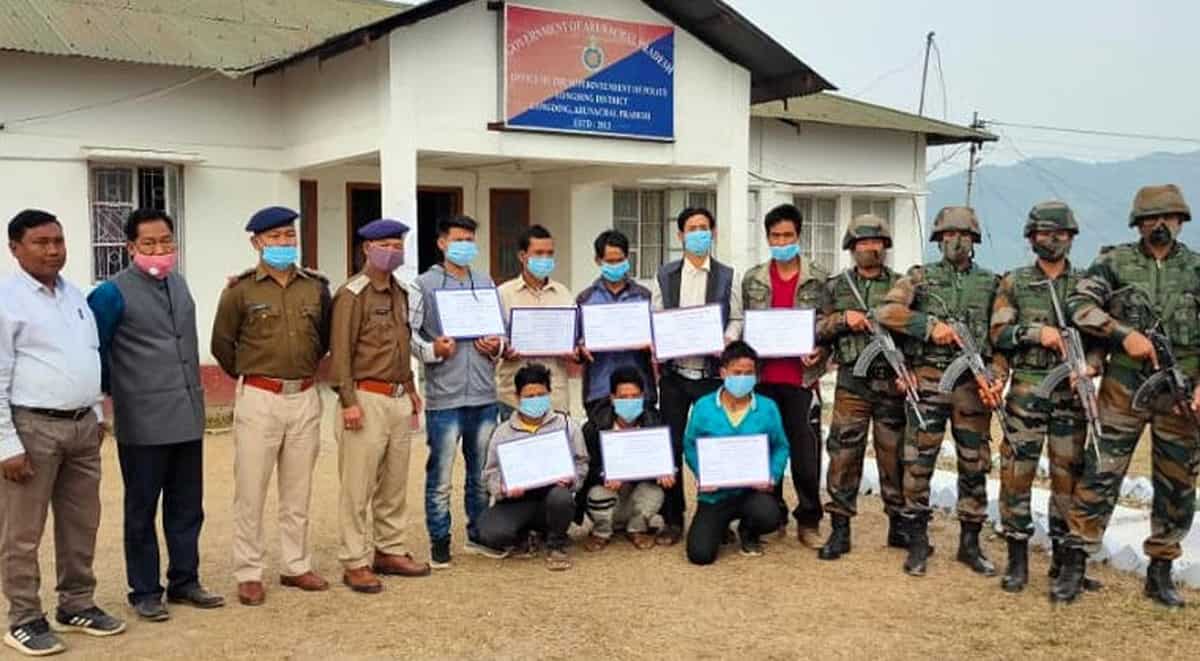 In a major development, as many as eight militants of different factions of National Socialist Council of Nagaland (NSCN) surrendered in front of the Longding district administration in Arunachal Pradesh on February 25.

Six militants from NSCN (K) and two from NSCN (IM) have voluntarily surrendered before deputy commissioner Bani Lego, in presence of top police officials of the district, a statement said.

Lego, while welcoming them to the mainstream, told them to start a new beginning and live a normal life. He also cautioned them from going back to the path of violence again.

The DC urged them to set an example to the people of their village and to tell their friends and others not to join insurgency.

Surrender certificates was handed to the eight militants, a press release from the DC office stated.

“It is a positive development in the counter insurgency operations in Longding district,” said SP Vikram Hari Mohan Meena.

The formal surrender ceremony was organised at DC’s office in Longding.

Programme to mitigate challenges of migration, unemployment in rural India