India’s growth engine to be powered by Assam, Northeast: PM Modi in Silapathar 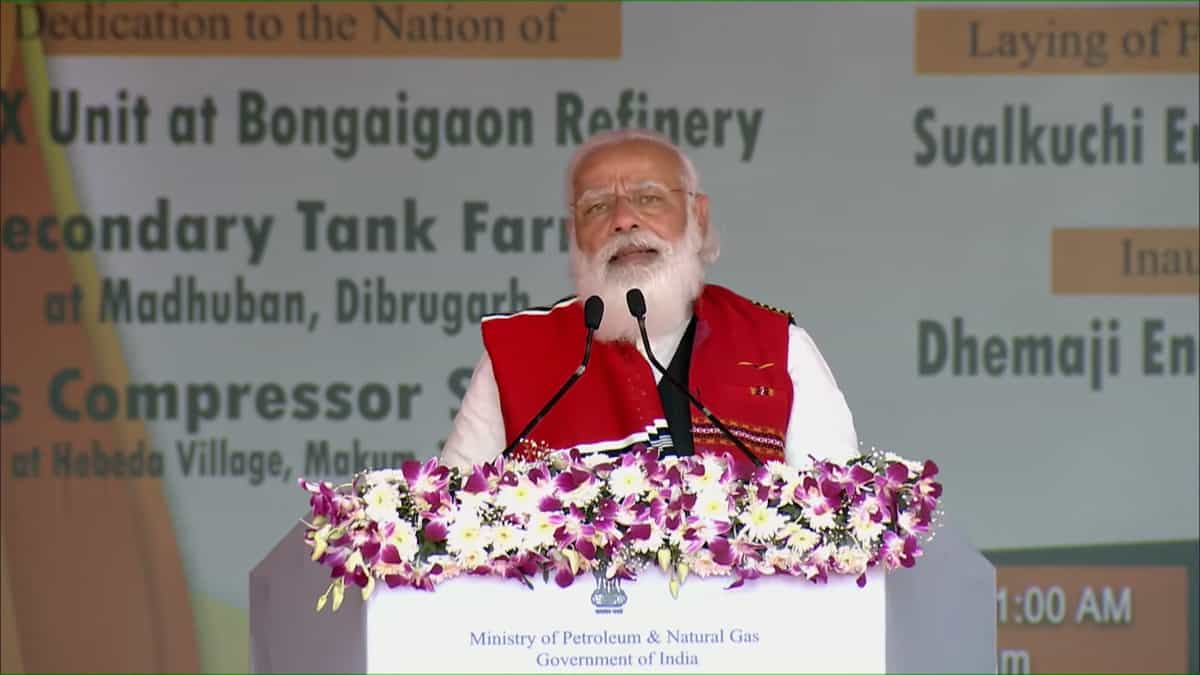 Prime Minister Narendra Modi on February 22 said that India’s growth engine would be further boosted with the development of Assam and the Northeast region.

Addressing a public gathering at Silapathar in eastern Assam’s Dhemaji district, the prime minister said that the ‘Aatmanirbhar Bharat’ vision would be further strengthened with the ‘Aatmanirbhar Assam’ and Northeast.

“To achieve the Atmanirbhar Bharat vision continuous endeavours are going on. Whenever I visit Assam, I get the fresh impetus and inspirations to do more for the Northeast region,” Modi said after inaugurating and laying foundation stones of five mega projects worth Rs 3,000 crore in gas, oil and education sectors.

The prime minister said that the government is trying to give engineering and medical education in local languages so that its benefit could be obtained by the poor students and learners residing in the far-flung areas.

Referring to a song of great singer and composer Bhupen Hazarika and rich Assamese cinema, Modi said that Assam’s all-round development would make the development of India easier.

“The entire world is now respectful of India’s engineering and technological milestones,” he pointed out. Modi said that as the government is working with the mantra of ‘Sabka Saath, Sabka Vikas, Sabka Vishwas’, LPG and electricity connections are being given to 100 per cent households in Assam and other parts of India as these were earlier available to less than 40 to 50 per cent familes.

Union minister for petroleum and natural gas Dharmendra Pradhan said that Rs 95,000 crore would be invested in Assam’s gas and oil sector for the projects initiated by the prime minister on February 22. He said that the earlier Congress-led UPA government headed by prime minister Manmohan Singh despite him representing Assam in the Parliament did nothing to utilise the gas and oil resources for the benefit of Assam and the country.

Assam chief minister Sarbananda Sonowal in his speech said that prime minister Modi with his great vision for the all-round development of the region has won the hearts of every person of the eight Northeast states.

Monday’s visit and public address is the third in poll-bound Assam by the prime minister within 30 days since his visit to Sivasagar on January 23 and at Dhekiajuli in Assam’s Sonitpur district on February 7.