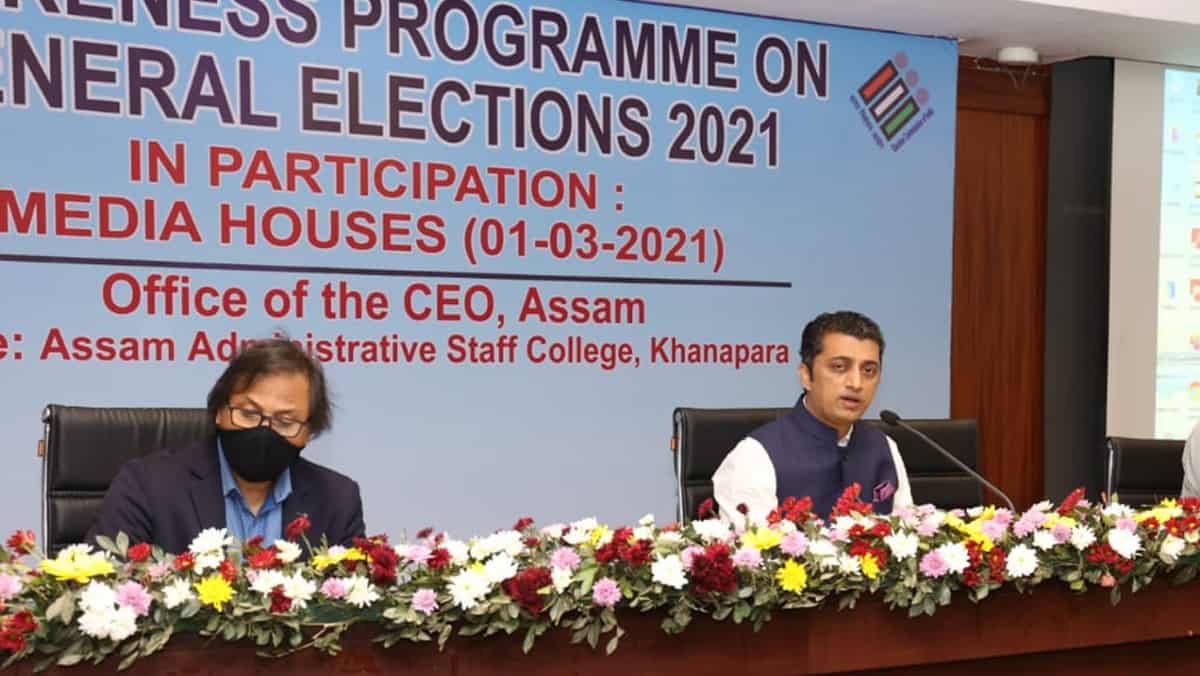 Chief Electoral Officer (CEO), Assam Nitin Khade held a meeting with representatives of political parties and journalists on the upcoming assembly elections at the Assam Administrative Staff College in Guwahati on March 1.

Addressing the representatives of the political parties, the CEO sought the cooperation of all the parties to ensure a free and fair election by curbing down activities involving illicit liquor, abuse of money and muscle power and restrictions on campaign activities 48 hours before poll.

In his deliberation on expenditure guidelines, CEO Khade highlighted that the maximum amount a candidate can spend on his or her campaign is Rs 30.8 lakh.

While addressing the media persons of both print and electronic media, additional CEOs Vinod Seshan and Debaprasad Mishra appealed for strict compliance of guidelines for publication of advertisements of political parties, desisting from paid news and adhering to the provisions underlined under Section 127 (A) of RP Act, 1951.

Rahul Chandra Das, joint CEO and Assam state nodal officer for media, said that the total number of polling booths and duration of polling hours have been increased by one hour this year in view of the COVID-19 protocol. He further added that the frontline workers and officials related to election process will be vaccinated as per directions given by Election Commission of India.