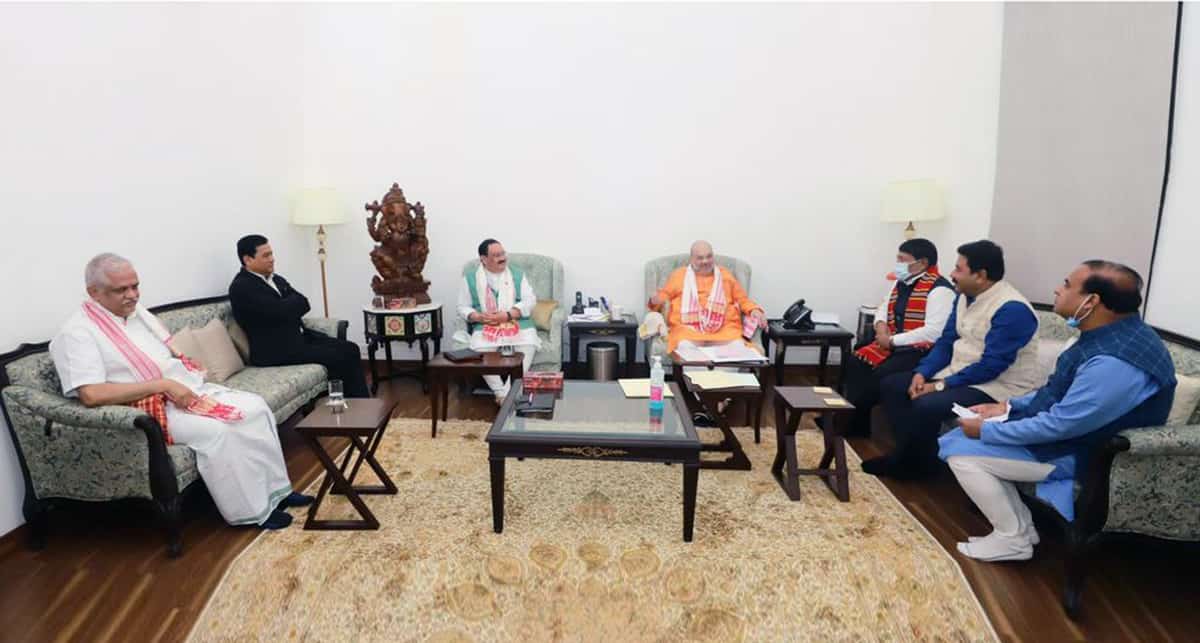 The ruling Bharatiya Janata Party (BJP) in Assam is likely to declare the list of candidates contesting in the state assembly elections on March 4.

Top brass of the state BJP along with allies AGP and UPPL, met party president JP Nadda at Union minister Amit Shah’s residence in New Delhi on March 3. The meeting was held to finalize the seat-sharing formula in the state.

The central election committee (CEC) of the saffron party is likely to meet on March 4 to finalise the list of candidates for the Assam assembly elections. Prime minister Narendra Modi is also expected to be present in the meeting.

Himanta Biswa Sarma had tweeted that the leaders are working on the modalities and a formal alliance between the BJP, AGP and UPPL in Assam will be declared on March 4.

We’re working out the modalities & a formal alliance will be declared tomorrow. pic.twitter.com/shDCGMcsY6