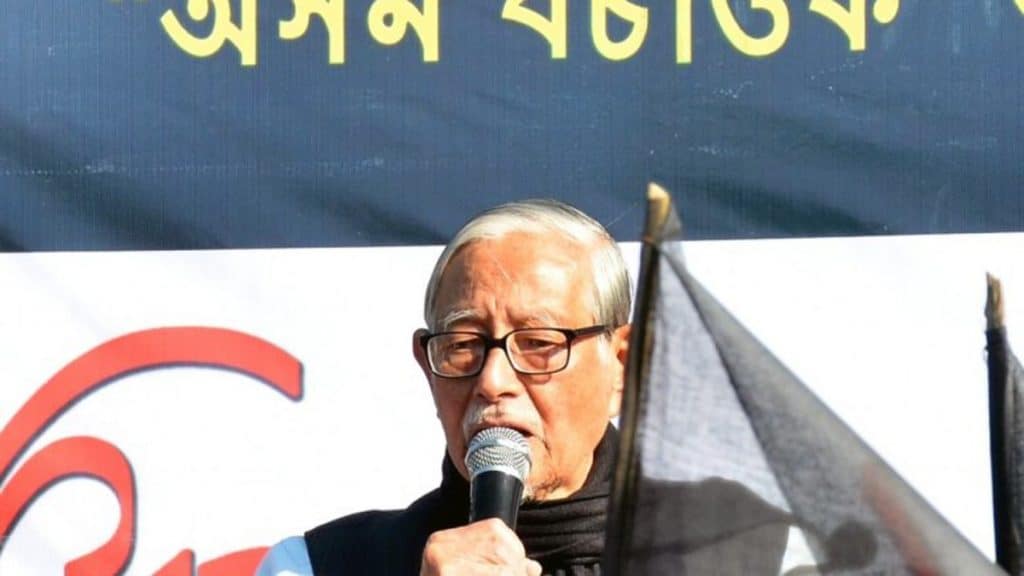 In a major setback to newly-formed, Raijor Dal, its chief advisor Hiren Gohain resigned from the political party citing differences with its founder Akhil Gogoi.

Eminent literary critic Hiren Gohain, who was one of the founding members of the Akhil Gogoi-led party, resigned from Raijor Dal on March 3.

In a clearly-worded message, Gohain said: “Since Akhil Gogoi’s final decision goes against my long-standing stance, I hereby shed all my responsibilities as chief advisor of Raijor Dal. Hereafter, I will not be responsible for any of their actions.”

Akhil Gogoi, who is in jail since more than a year, had on March 3 wrote a letter urging the opposition leaders to project a united chief ministerial candidate to defeat the ruling BJP-led alliance in the upcoming Assam assembly election.

Addressing a press conference in Guwahati on March 2, Raijor Dal members said: “According to Akhil Gogoi, we have to stand united to defeat the BJP in Assam. We have to have understanding on every seat so that there is only one candidate against the BJP. Akhil Gogoi said that if required, he is ready to not contest in the elections.”

In the letter, the Gogoi however clarified that Raijor Dal is not going to join the grand alliance. “Among the opposition parties, I am not suggesting an understanding with the AIUDF because in order to defeat a fascist party (BJP), we should not tie up with another (AIUDF),” the letter written by Akhil Gogoi allegedly said.

Raijor Dal is a regional party launched by the supporters of Akhil Gogoi while he was in jail since December 2019. The party has formed an alliance with another regional party, Assam Jatiya Parishad (AJP), which was formed out of the anti -CAA protests by former members of the All Assam Students’ Union (AASU) and other civil society groups.