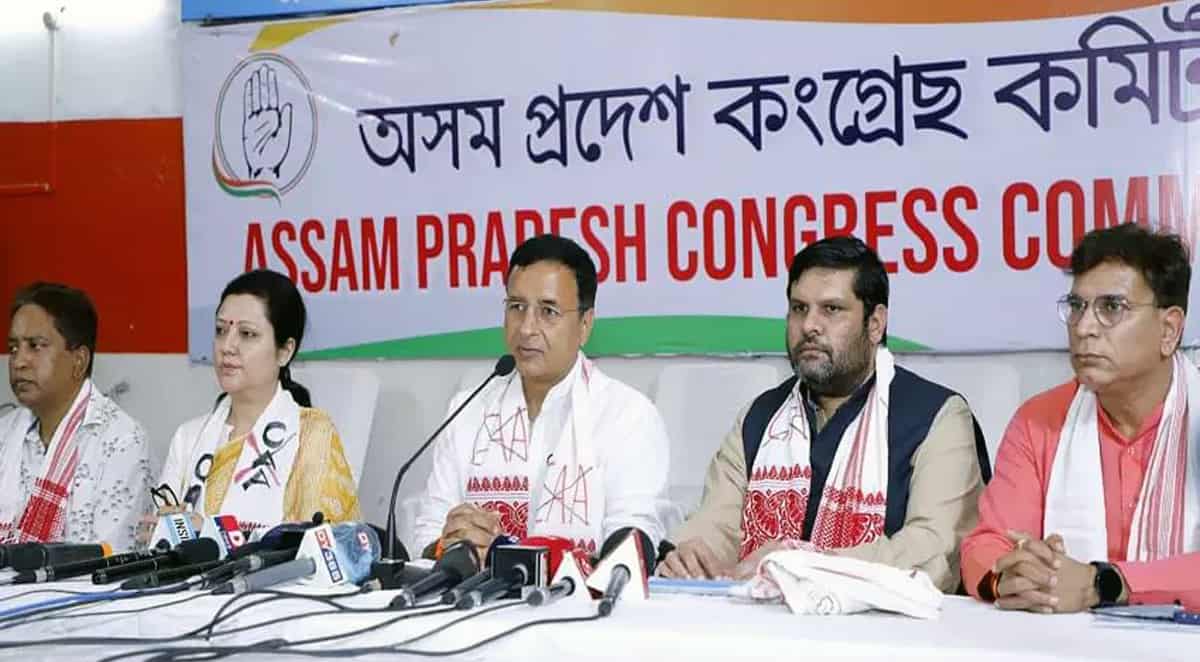 The Congress on March 18 said that contrary to BJP’s politics of division, the party will focus on uniting the people of Assam. The Congress posed 10 questions to the Modi government about unfulfilled promises made to the people of the state.

“Assam can tolerate everything but cannot tolerate deception and falsehood,” Surjewala said adding that BJP had made false promises on the world’s largest river island – ‘Majuli’ and now seeking votes in the name of an expressway.

Singh also questioned PM Modi’s silence on CAA implementation in Assam and claimed conspiracy against eliminating the identity of Assam.

The AICC general secretary said that BJP collected vote through announcements but left the implementation blank.

“Modi and Sarbananda Sonowal-led governments announced developmental works of thousands of crores but why have all the announcements now been thrown into the dustbin?” he questioned.

He highlighted that BJP’s rule is a threat to the identity, culture and civilization of Assam.

“Modi and Sarbananda Sonowal notified the Citizenship Amendment Act on January 10. Is Modi Ji planning to implement this act after the assembly election in Assam?” Surjewala said.