Assam minister Siddhartha Bhattacharya will be the BJP candidate from the prestigious Gauhati East constituency, which goes to polls on April 6 in the third and final phase of elections in Assam.

The Bharatiya Janata Party on March 14 released a list of 17 candidates who will contest the Assam elections. Bhattacharjee, who is a sitting MLA from the constituency, managed to get the party ticket.

Earlier, speculations were rife that the minister may not get the nod as there were many other candidates vying for the party ticket from the Gauhati East constituency. 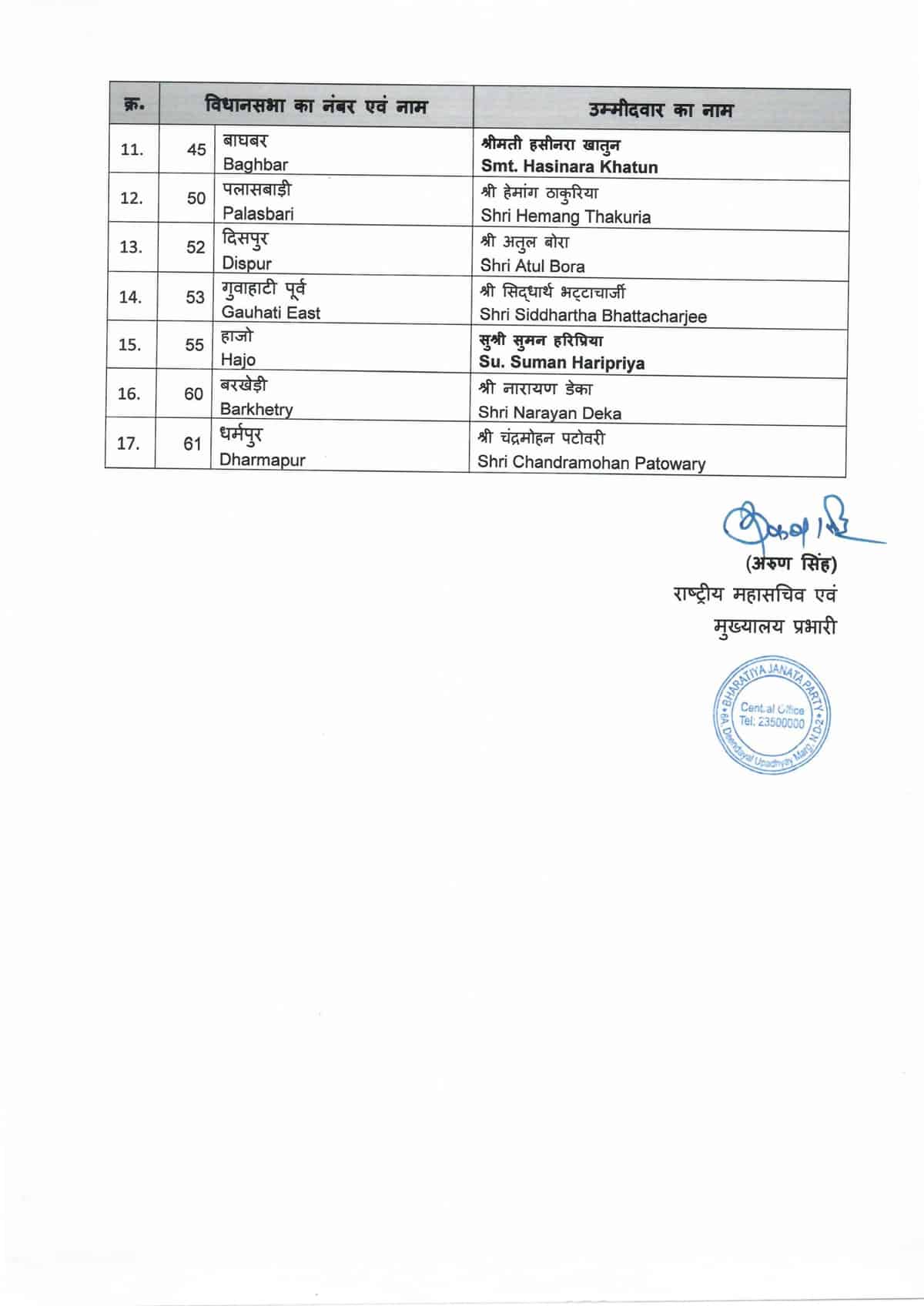