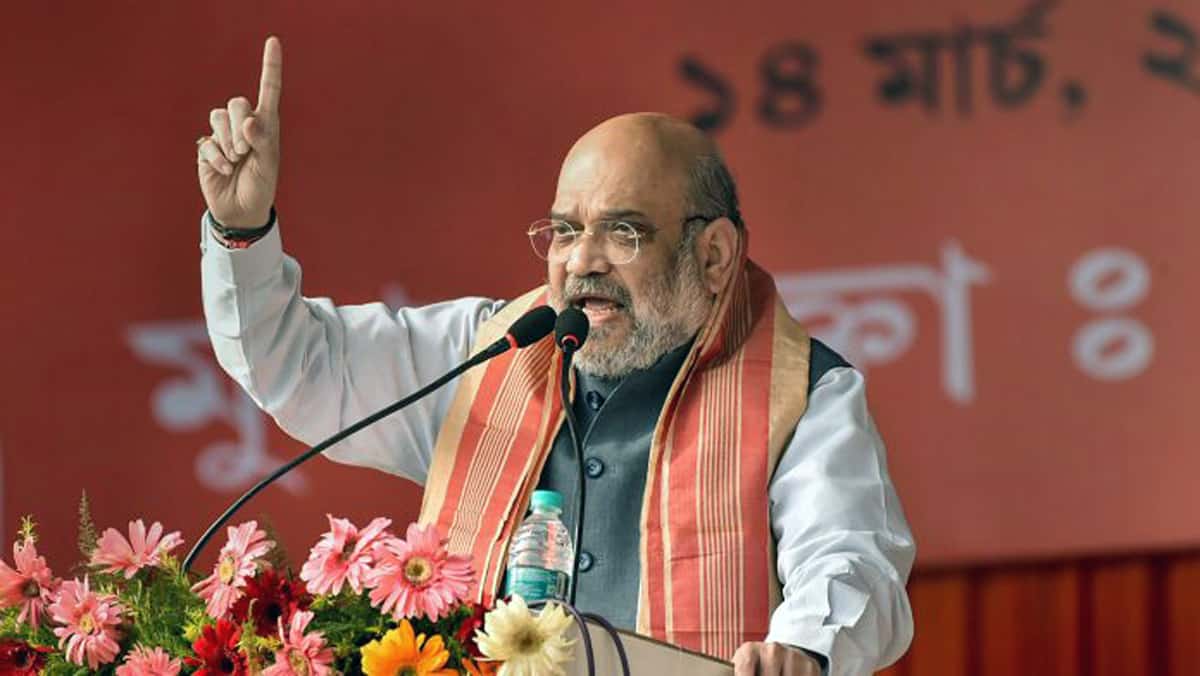 Addressing an election rally at Margherita in Tinsukia district of Assam, Amit Shah said the joint alliance between the Congress led by Rahul Gandhi and AIUDF headed by Badruddin Ajmal cannot perform better for the welfare of Assam.

He said that the Congress has allied with “anti-India forces” like All India United Democratic Front (AIUDF) in Assam, Indian Union Muslim League (IUML) in Kerala and the Indian Secular Front (ISF) in West Bengal.

Shah said: “The Muslim League is trying to devastate the country while Ajmal’s party was never against illegal infiltration.”

“Rahul Gandhi and Ajmal’s coalition would not be able to check the infiltration into Assam from across the border. BJP never did vote bank politics,” the former BJP national president said.

The BJP-led governments in Assam as well as at the Centre are forming a new Assam which is free from corruption, terrorism, chronic floods, infiltration and agitations, Shah added.

“More than 2,000 extremists have surrendered. The historic Bodo Accord was signed last year. Complete peace is prevailing in Assam. There are no agitations and terrorism in Assam now as the central government headed by prime minister Narendra Modi has solved the basic problems of the state,” he said.

The Union home minister said not only in Assam, the BJP government wants to solve the flood-related problem permanently in the entire Northeast region so a satellite survey-based planning is underway and large water reservoirs will be created to solve the problem.

Highlighting the developmental projects, including new medical colleges, undertaken in the Tinsukia district and other parts of Assam, Amit Shah said the National Democratic Alliance (NDA) government has approved Rs 46,000 crore gas and oil-based projects and Rs 8,000 crore gas royalty, even though these were pending for many years during the previous Congress regime.

Highly appreciating the COVID-19 management by the current BJP-led Assam government, Amit Shah said Rs 12,000 has been given to 47,000 pregnant women and the amount would be increased to Rs 18,000.

“For the tea garden workers, the Assam government has undertaken many welfare schemes and more than a lakh ‘land patta’ (land rights) given to the indigenous people,” Amit Shah said.

Criticising the Congress for “neglecting Assam”, Shah said the NDA government has felicitated the Bharat Ratna award to Bhupen Hazarika, who according to him took Assamese culture and India’s songs across the world.

Assam chief minister Sarbananda Sonowal and state finance and education minister Himanta Biswa Sarma also addressed the public gathering which was organised to woo the voters of the five assembly constituencies of Tinsukia district going to polls in the first phase of elections on March 27.