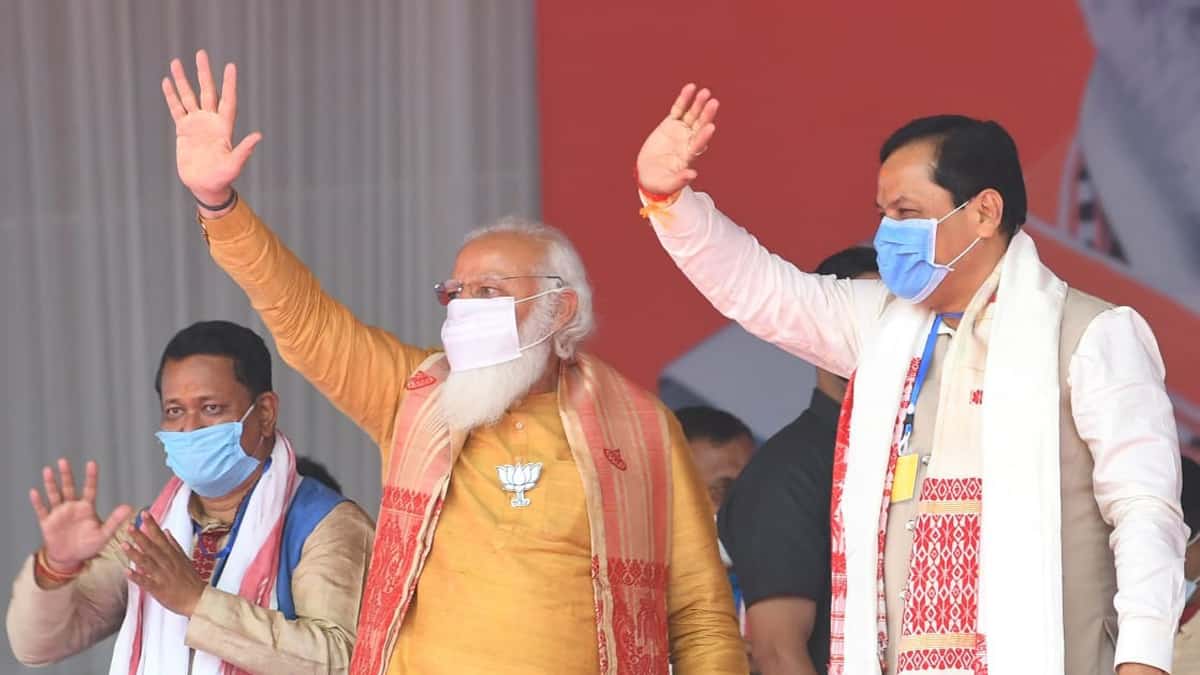 Assam chief minister Sarbananda Sonowal on March 24 lashed out at the opposition Congress for destroying the development prospects of the state during its rule.

Speaking at an election rally in presence of prime minister Narendra Modi at Bihpuria in Lakhimpur district, Sonowal criticized the previous Congress governments in the state for having promoted corruption for providing government schemes to the beneficiaries. He said that the BJP-led government in the last five years took substantial steps for uprooting corruption from the system.

Sonowal said that the people of Assam can never forget the role of prime minister Modi for making Assam one of the most powerful states in the country.

“To safeguard the land, culture, language, literature of Assam, the contributions of prime minister Modi have led to the expeditious development of Assam. The role of Modi and Union home minister Amit Shah towards bringing peace to the Assam is unparallel,” Sonowal said.

CM Sarbananda Sonowal requested the people to bring back the BJP government to sustain the rate of development in the state. He, at the same time reiterated the need for rejecting the combined “opportunist forces” of Congress and AIUDF.

Seeking votes for BJP candidate of Sarupathar, Biswajit Phukan, Sonowal said that the schemes of the BJP-led government in the last five years benefited all sections of the people of the state.

The Assam chief minister also said that the Congress is responsible for the abysmal state of affairs of the state and the people of the state should not give this party any further indulgence.

Lashing out at the Congress, Sonowal said that the party only understands petty politics and the party’s alliance with the AIUDF is the testimony of the myopic view of the Congress.

Sonowal also addressed election rallies at Dergaon and Majuli and called upon the people of the state to render their support to the candidates belonging to the BJP and its alliance partners in the assembly polls.