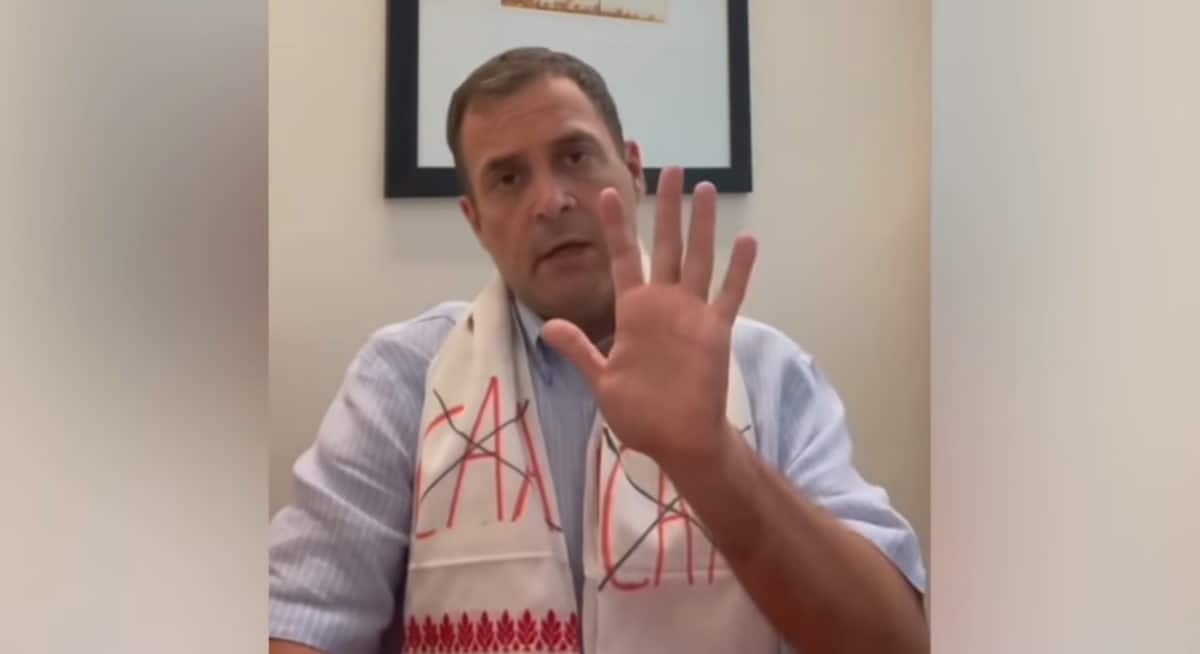 Exuding confidence on the campaign trail for the second phase of elections in Assam, senior Congress leader Rahul Gandhi on March 30 asserted that the party will fulfill all the five guarantees after it forms the government in the state after May 2.

“We appeal to the people of Assam to vote for Congress as the party will fulfill all the five guarantees within hours of forming the government,” Gandhi said in a video message.

Gandhi was scheduled to address election rallies in Silchar, Haflong and Bokajan but all of them got cancelled due to heavy downpour and bad weather.

“The Congress party guarantees to provide jobs to 5 lakh youth of Assam while daily wages of tea estate workers will be increased to Rs 365. Congress guarantees to provide a monthly assistance of Rs 2000 to every housewife and 200 units of electricity free of cost to every household,” Gandhi said, asserting that the party will not implement CAA taking the legal route through Assam assembly after it forms the government.

Addressing concerns of the hill tribes, Gandhi said his party will implement the Article 244(A) in letter and spirit to safeguard the interests of the people.

“BJP is attacking the culture and traditions of hill tribes by withdrawing the Article 244(A). The upcoming Congress government will ensure that Article 244(A) is not diluted and all its clauses are implemented to protect the interests of indigenous people,” said Gandhi.