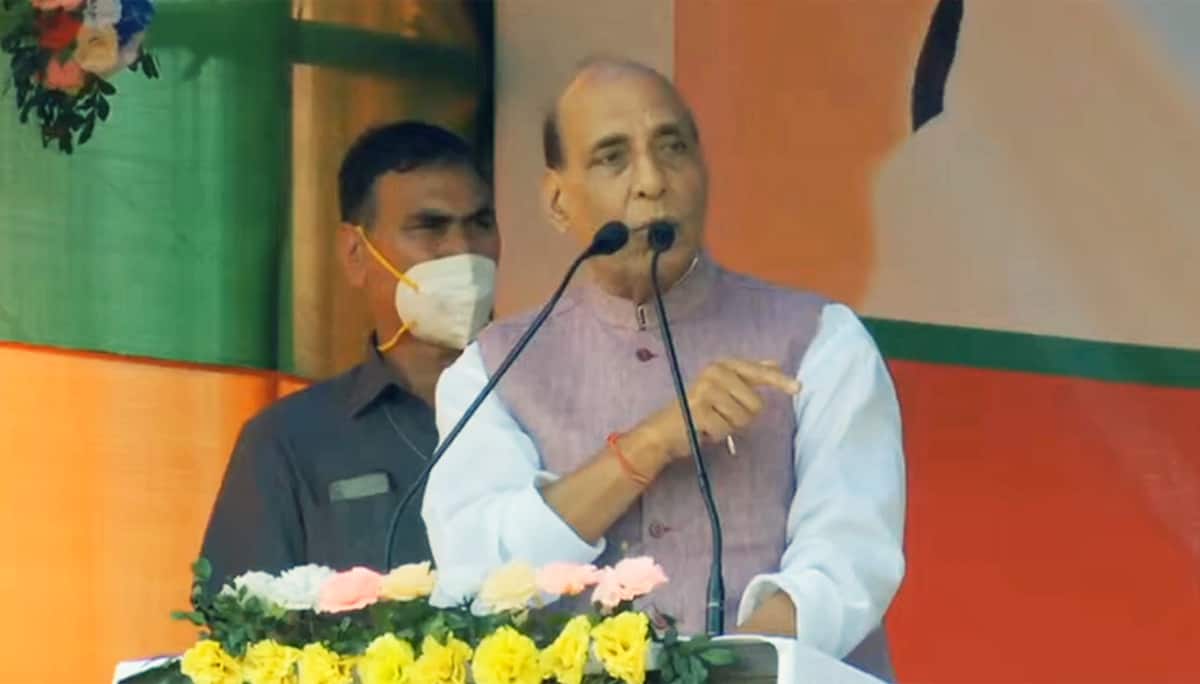 Union minister Rajnath Singh on March 14 said that developmental activities have stepped up in Assam as insurgency and terror have declined in the state over the years.

Addressing an election rally in Biswanath district bordering Arunachal Pradesh, he said that with hundreds of extremists belonging to dozens of insurgent groups laying down their arms in the last five years of Bharatiya Janata Party-led government, peace and ethnic harmony has returned to Assam after several decades.

Noting that the BJP-led government had sealed a major portion of the India-Bangladesh border and installed electronic surveillance and devices along the riverine stretches in Dhubri, he said that if the BJP retains power, it would seal the remaining parts of the border to prevent entry of illegal Bangladeshis into India.

The BJP government in Tripura also took steps to stop illegal influx from the neighbouring country, he noted.

“BJP has a government in Tripura. With your blessings and support, we are confident that we are going to form governments in Assam and West Bengal,” Rajnath Singh said.

Listing the projects and schemes implemented by the central and Assam governments, Rajnath Singh said: “For the first time in the history of India, under the Pradhan Mantri Kisan Samman Nidhi (PM-KISAN), each farmer in India is getting Rs 6,000 directly into his bank account.”

Addressed three elections meetings in Assam today. The people of this North Eastern State have made up their mind to repose their trust in BJP’s model for development and good governance.

The BJP is going to form the government once again in the state of Assam. #Assam4BJP pic.twitter.com/vhZULtaAmJ

The veteran BJP leader also said that former prime minister Rajiv Gandhi had said that out of Re 1 given by the Centre, only 16 paisa reaches the people but now during the BJP governance, the entire Re one is going to benefit the common men.

“The situation in Assam has changed a lot and it is on the path of progress and prosperity. We are proud to say that there is not a simple or single allegation of corruption against Sarbananda Sonowal government,” Rajnath Singh said.

Referring to Mahapurush Srimanta Sankardeva, the defence minister said that the government was committed to protecting the honour and culture of Assam and said that honouring Bhupen Hazarika with Bharat Ratna is a symbol of their respect for the state.