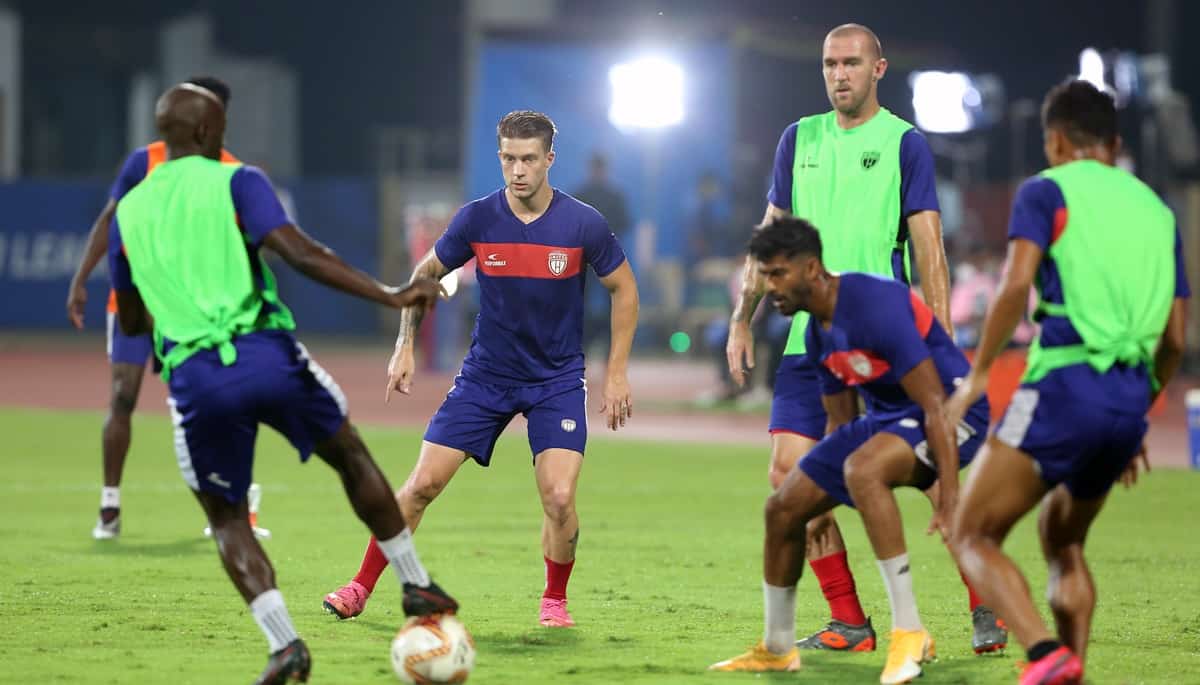 NorthEast United will look to reach the final of the Indian Super League as they take on ATK Mohun Bagan in the second leg of the playoffs on March 9.

The Highlanders and ATK Mohun Bagan walked away on level terms after their first leg playoffs of the Indian Super League on March 6. The second leg at the Fatorda Stadium on March 9 will decide if NorthEast United will play their first final or if Antonio Habas leads his side to a third one.

“We have to focus on getting the result as it is a do-or-die game,” stated NorthEast United coach Khalid Jamil.

“There is always pressure. I have told the boys to enjoy this pressure. Both teams have to fight for a result because of no away goals, so it is the same for our opponent as well,” he added.

“We will have to create more scoring opportunities and put them under pressure. One team will have to outscore the other in this one as a draw will create the added load of 30 minutes,” the NorthEast United coach said.

ATK Mohun Bagan coach Antonio Habas was denied a win in the first leg by a late Idrissa Sylla header, a result that mounted pressure on ATKMB, who haven’t been at their best off late.

The Kolkata team has had a solid defence throughout the season, having conceded just 15 in the league stage. But the team has conceded 5 goals in the last 3 games which cost them the ISL League Winners Shield as well as an advantage in the first leg. However, coach Habas feels such situations do arise in the games where players tend to lose concentration.

Habas though looked relaxed ahead of the second-leg. “There is no pressure,” he said. “It’s all about a big opportunity and this opportunity wouldn’t come again. We have to enjoy now. We have to give our best and enjoy the semi-finals.”

When questioned about his approach against Khalid Jamil’s side, who are unbeaten in the last 10 games, a composed Habas replied he had instructed his players to stay calm. “Strategy is to keep calm and keep the intensity and to try to win. It’s more important to play with calmness and to go through to the final,” he said.

ATKMB will bank on David Williams and Roy Krishna on March 9 as the duo has never failed to contribute with goals at this stage.