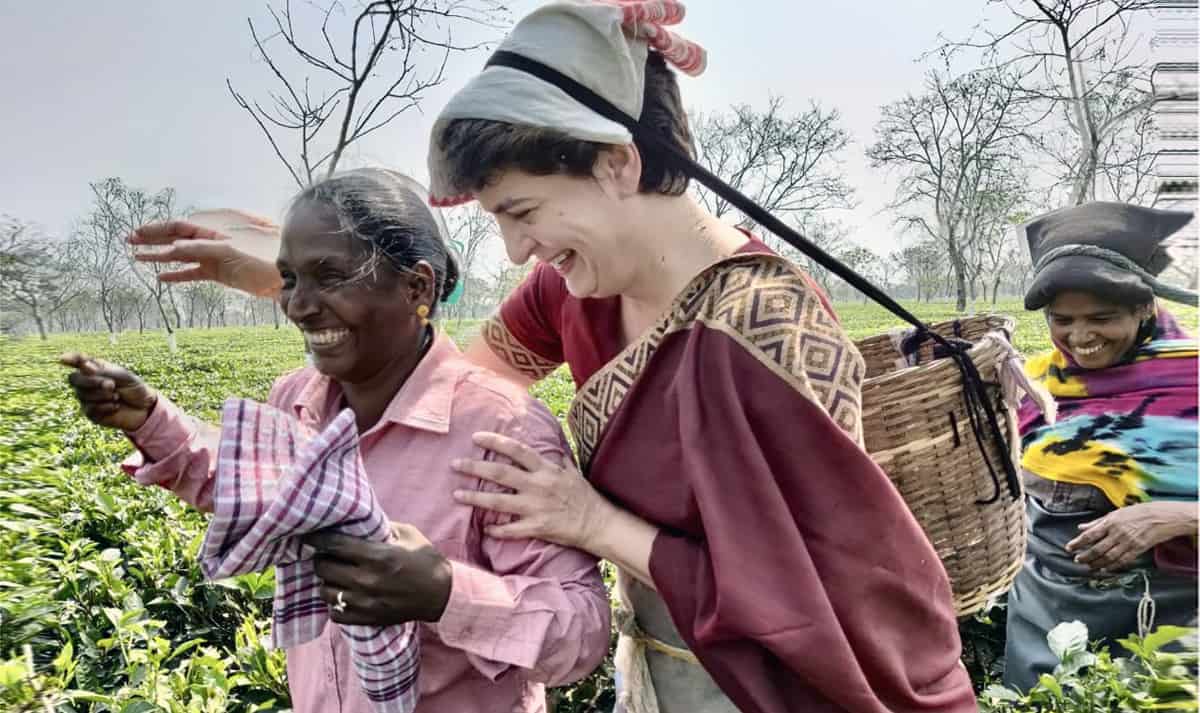 On her second day of visit to poll-bound Assam, Priyanka Gandhi Vadra was seen sitting with tea garden workers and also plucking green leaves at a tea garden.

“Tea garden workers and lives are an example of simplicity and truth. I will fight for your rights and raise voice at every forum,” Gandhi said.

Priyanka Gandhi Vadra further said that tea garden workers are the assets of Assam and the nation. “The Congress party will always fight to protect and promote them,” she said.

Gandhi asked the female workers about how they manage between tea garden work and household chores. She asked about the daily wage the workers get and the facilities provided by the tea estates and the government.

Votes of tea garden workers will be a crucial factor in as many as 35-40 constituencies in Assam.

The Congress general secretary’s visit comes days after the BJP-led government in Assam hiked the daily wage of the tea garden workers by Rs 50 from Rs 167 to Rs 217.

Congress leader Rahul Gandhi promised that his party would hike the tea garden wages to Rs 365 if it is voted to power in Assam.