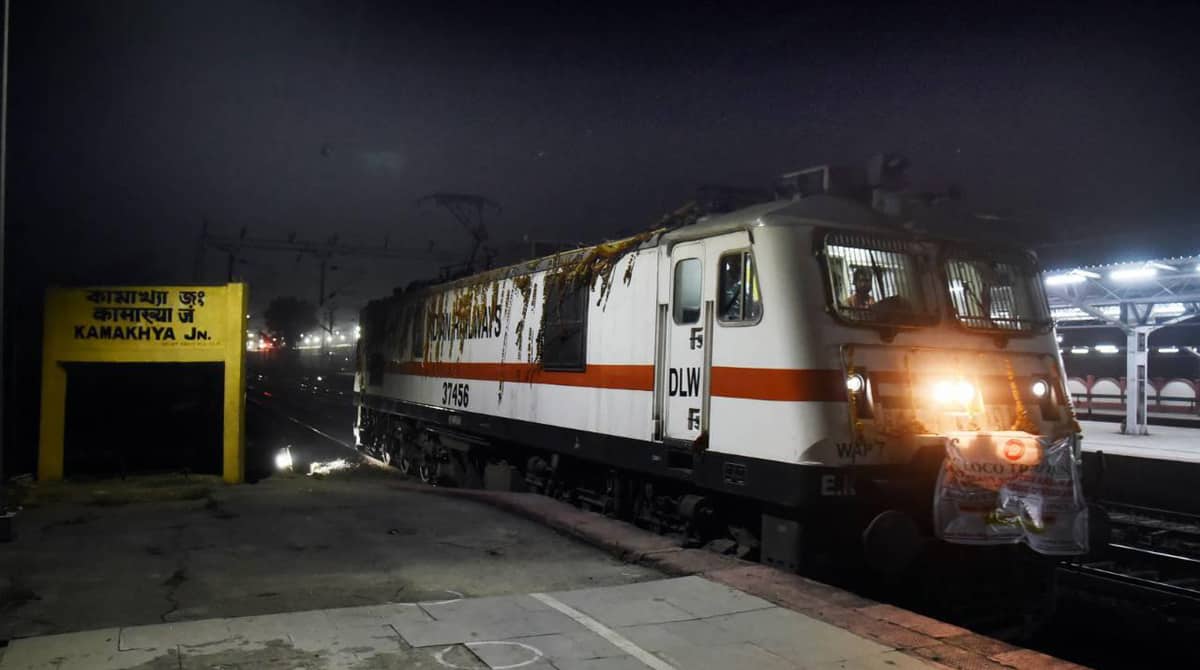 In a major boost to connectivity in the Northeast region, a trail run of an electric locomotive engine reached Kamakhya station in Guwahati on March 27.

The newly-done electrification of railway track was tested between Rangiya and Kamakhya station in Guwahati, crossing the Brahmaputra river through the Saraighat Bridge.

The trial run of the electric engine was completed successfully with the engine reaching Guwahati (Kamakhya station). “Another major step towards 100% electrification of entire Indian Railways,” the Northeast Frontier Railway said.

Electrification of the railway tracks in the Northeast region has been a major demand of the commuters as all long-distance trains had to run on diesel engines unlike in major places in the country where electric engines were being used.