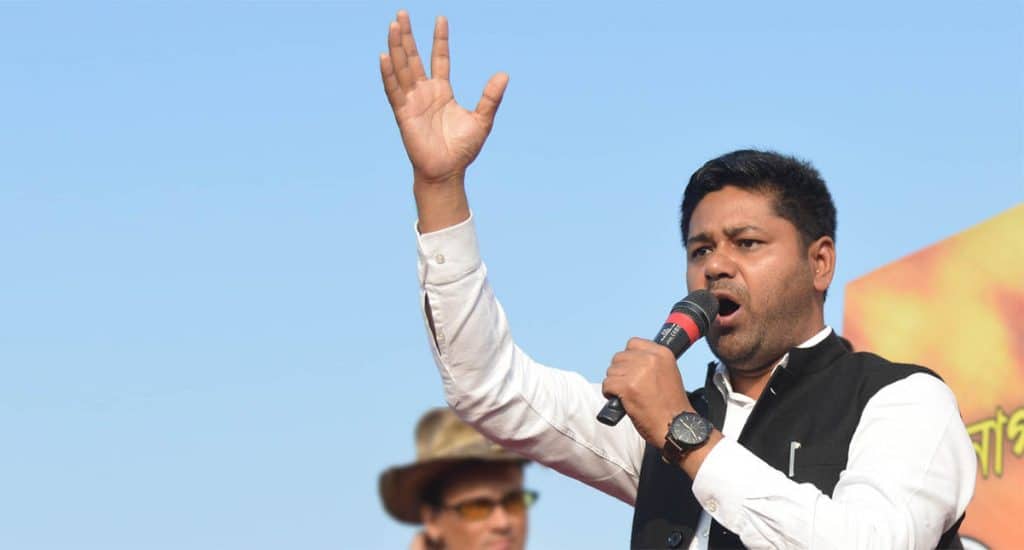 Assam Jatiya Parishad (AJP) on March 4 reiterated that the regional party will not join the grand alliance led by the Congress party in Assam.

AJP president Lurinjyoti Gogoi clarified that his party will not join the mahagathbandhan “at any cost” for the Assam assembly elections. The clarification was made necessary as AJP’s ally Raijor Dal on March 3 said that its chief Akhil Gogoi is ready for an alliance of anti-BJP forces in the state with exception of the All India United Democratic Front (AIUDF).

In a letter released by the Raijor Dal, jailed leader Akhil Gogoi said that the anti-BJP forces in the state should field a united opposition candidate. He however mentioned that there should not be any understanding with the Badruddin Ajmal-led AIUDF as “one should not elect a fascist party by defeating another fascist party”.

Speaking to the media on March 4, AJP president Lurinjyoti Gogoi stated that Assam Jatiya Parishad is not interested in fielding a united opposition candidate. “AJP’s stand is very clear. We are not going to ally with any national party, nor a communal party,” he said.

Lurinjyoti Gogoi however did not reply to a query on Assam Jatiya Parishad’s future with Raijor Dal if the later opts to join the grand alliance. “We will address a press conference soon and you will get to know the seat sharing details. We are confident of winning the elections,” the former student leader said.