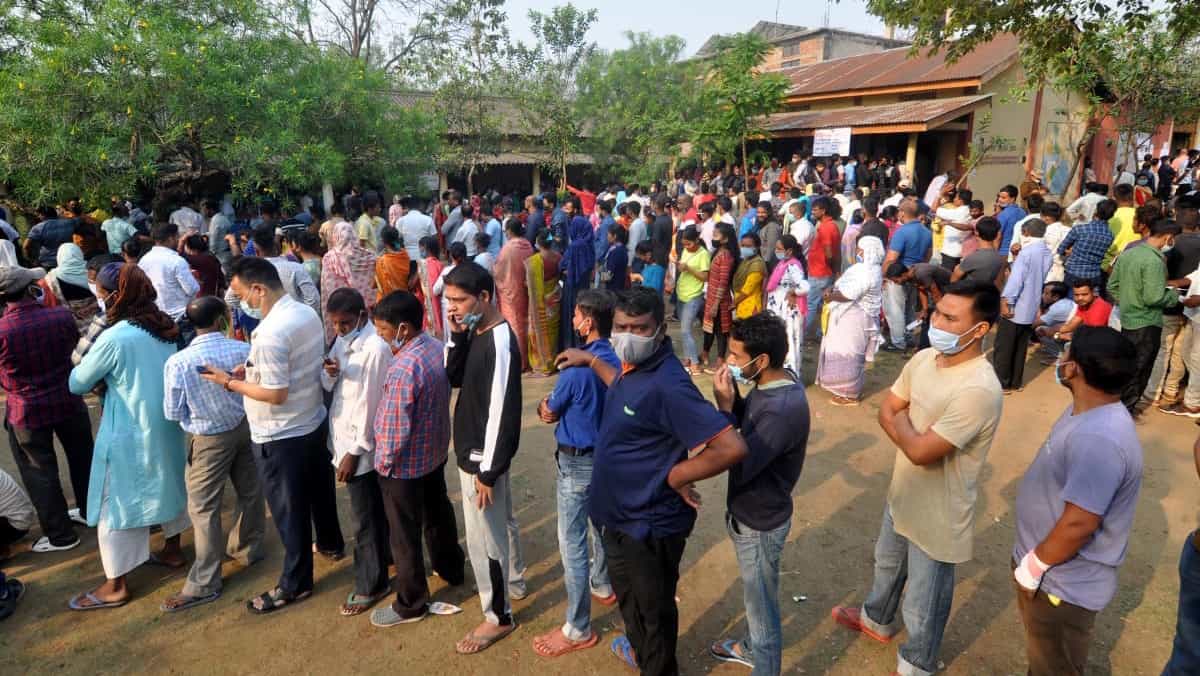 People queue up to vote in Guwahati on April 6

Around 79% of the total 79,19,641 voters exercised their franchise till 5 pm in the third and final phase of the Assam assembly polls on April 6.

Voting was held amid tight security in 40 constituencies of Assam since 7 am on April 6. The final phase would decide the fate of 337 candidates, including 25 women aspirants.

Election officials said that except some minor incidents, no major untoward incident was reported from anywhere as the voting process took place peacefully and smoothly.

The voters queued up in large numbers in front of the polling stations well before they opened at 7 am. Polling was conducted till 6 pm and thus was extended by an hour by the Election Commission in view of the COVID-19 induced situations.